Firearms were wielded by revolutionaries fighting for the very survival of our nation, they were strapped across the backs of our earliest explorers, and used to feed and protect frontier families. Brothers used them against brothers in the Civil War, they were carried across the vast western frontier, and they were the instruments used to defeat the Nazis and the Imperial Japanese in World War II.

Simply put, America would not be the great nation it is today without firearms. In fact, it can be argued that they have made more positive contributions to American history than any other advancement in technology.

To acknowledge their contributions in shaping American history, we’ve identified 10 firearms that have dramatically impacted America’s birth, freedom, and its very survival.

So what do you think? Are these the 10 most influential firearms in American history? If not, let us know what we missed! 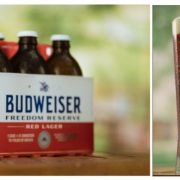