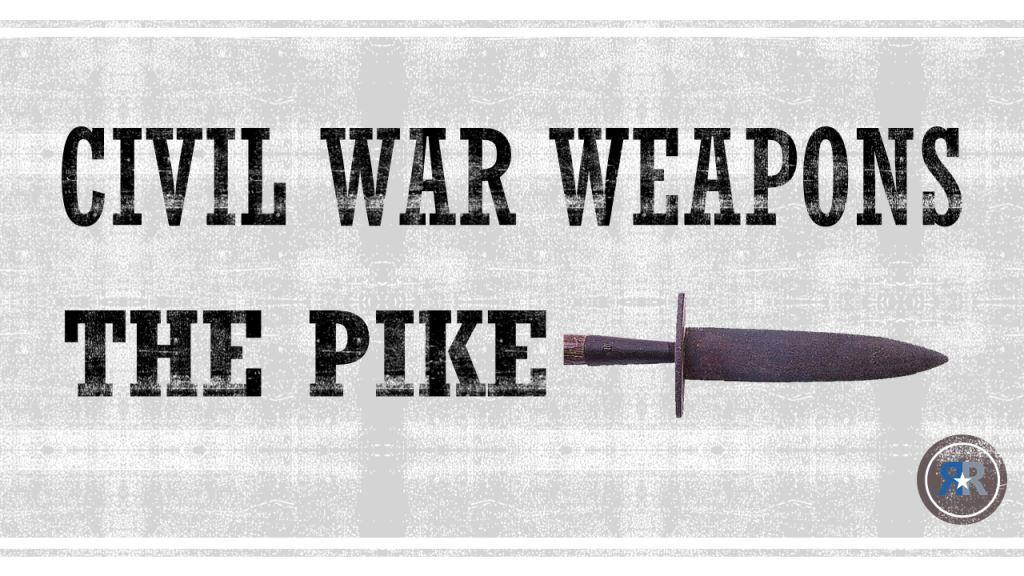 Long obsolete among European armies, the pike, lance, and other types of pole-weapons were not widely used during the Civil War. However, that’s not to say they were not part of its history.

Believing an armed rebellion was the only path to establishing a new America free of slavery, the fiery abolitionist John Brown purchased nearly 1,000 pikes from a Connecticut blacksmith in preparation for his raid on the U.S. arsenal at Harpers Ferry, West Virginia in 1859.

He intended to arm his abolitionist army with pikes that measured nearly 7 feet in length, with a 10-inch, double-edged blade–just the kind of primitive weapon that would strike fear in the hearts and minds of the slaveholding aristocracy of the South. However, the pikes never made it into action during the failed raid; and 6 months later, John Brown was hung for the murder of 5 people, conspiring with slaves to rebel, and treason against Virginia.

John Brown Pike on exhibit at the Kansas Historical Society.

Brown’s fondness for the pike, and its association with violent abolitionist, would seem to have been enough to sour Southerners from ever considering using it themselves, but it was not. Leading up to the Civil War, Southern secessionist used “John Brown Pikes” as an effective propaganda tool to symbolize Northern aggression against the South. And within a year after the fall of Fort Sumter, the weapon-short Confederacy was manufacturing pikes to arm its troops.

In In February 1862, Governor Joseph E. Brown of Georgia ordered the state’s mechanics to manufacture so many pikes (roughly 10,000) that the weapons came to be known as the “Joe Brown Pike.” The pike was cheap to produce and was thought to be a good substitute for the lack of firearms available for the state-controlled militia. In addition, the Governor also believed them to be a reliable weapon saying: “the short range pike and terrible knife, when brought within their proper range, and wielded by a stalwart patriot’s arm, never fail to fire and never waste a single load.” Beyond use for the military, he also intended to arm old men, women, and children in defense of the state. History, and an ornery fella by the name of Sherman, tells us that the Governor’s plan didn’t work out so well.

In April 1862, an act of the Confederate Congress was passed, but never fully implemented, to: “…organise, companies, battalions or regiments of troops, to be armed with pikes, or other available arms, to be approved by him [the President], when a sufficient number of arms of the kind now used in the service cannot be procured…” Although such plans were never fully implemented in Southern armies, a Federal Calvary regiment gained notoriety during the early part of the war for their use of the lance–a pike-like weapon.

Organized by Richard H. Rush in 1861; and at the suggestion of Major General George B. McClellan, the 6th Pennsylvania Cavalry was armed with 9-foot Austrian lances. The regiment quickly earned the nickname “Rush’s Lancers.” While armed with lances, they served with the army and were involved in several skirmishes during the Peninsula Campaign and the Maryland Campaign.

In May 1863, they swapped their lances for Sharps carbines. I guess it took them a few years to understand that you “don’t bring a knife to gun fight.”

Storing Your Data
Scroll to top