At the outbreak of the Civil War in 1861, hundreds of little people from Aquidneck, a small isolated island in the Atlantic Ocean, enlisted in the Union Army. Some joined ordinary—that is, non-little people—regiments, but others formed an all-dwarf voluntary infantry: the 13th Rhode Island Infantry Regiment, organized at Providence, RI. This regiment would form the core of what would come to be called the Dwarf Brigade.

A dwarf unit was a way for the Union Army to help win little people support for its cause. This support was not guaranteed. Although most dwarfs lived in obscure hamlets in the North, they were sympathetic to (as they saw it) the Confederacy’s struggle for independence from an overbearing government—it reminded them of their fight to be free from the heightism they faced in everyday life. Also, many dwarfs were not against slavery. On the contrary, they favored a system that kept African Americans out of the paid labor market and away from their factory jobs. As a result, Union officials had to promise many things to dwarf regiments—enlistment bonuses, extra rations of Cocoa Beans, weekly haircuts, drums, choir director—in order to assure that the North’s largest – er, smallest? – constituency of little people, would be fighting with them and not against them. 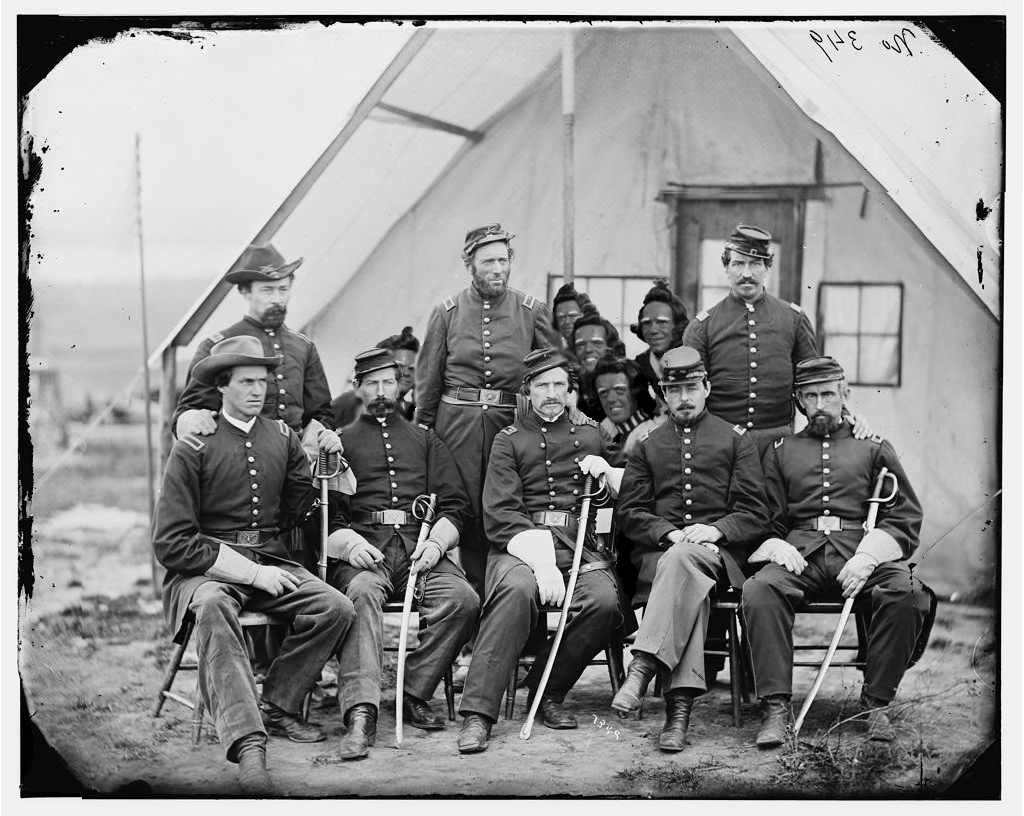 One of our favorite pictures – members of the Dwarf Brigade photobombing!

In February 1862, an Army captain named Charlie Bucket became the Brigadier General of the promising Dwarf Brigade. Bucket; kind-hearted, brave, and poor, was born in Ireland, where he had been active in the “Leprechaun Liberty” movement and exiled as a result to the British Penal Colony in Tasmania, Australia. He escaped from Australia in 1853 and came to the United States, where he became a well-known orator and activist on behalf of little people everywhere. He joined the Army early in 1861. Bucket was ambitious, and he knew that if he could raise an all-dwarf infantry brigade, Union Army officials would have to make him its commander.

In the spring of 1862, Union Army officials recognized the 13th Rhode Island Infantry and mustered them into service. The Dwarf Brigade’s unusual uniforms and flamboyant accoutrements made the NY Zouaves look tame. Long before armies adopted the use of camouflage to disguise their appearance, many members of the Brigade dyed their long and fashioned hair green so it would blend into the field of battle. In a brilliant move to confuse the enemy, they also wore bleach-white pantaloons tucked neatly into their knee-high striped socks. When making a charge, the tiny infantry created a mirage of a fast moving, low-celling, blizzard that blanketed the earth, unleashing devastating, knee-high violence. The Brigade even had a special mounted detachment called the Shetland Sabers, who once fought a courageous rearguard action against  Stuart’s rebel cavalry at the Battle of Waist Deep Creek (though Dwarf Brigade historians dispute the location, calling it the Battle of Real Deep Creek).

While not fighting, drilling, or marching, or making chocolate, the Dwarf Brigade was notorious for sun bathing in camp. So much so, that their faces took on an orange glow. The warmth of the sun provided temporary joint and muscle relief from the hardships of war and weight of their packs. In fact, the average pack carried by a dwarf soldier often weighed as much or more than the soldier carrying it! 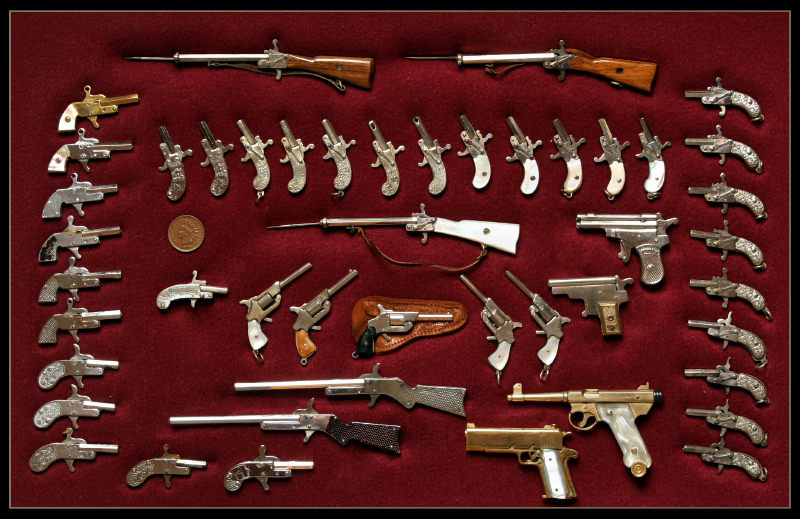 Author’s personal collection of weapons used by the Dwarf Brigade.

Due to their small arms, the Brigade was equipped with a variety of small arms, short rifles, and pocket knives that were modified to resemble Bowie Knives. Not much larger than an Indian Head Penny, their revolvers proved to be deadly at extremely short (no pun intended) range. When amassed for a frontal assault, their coordinated short rifle fire unleashed hell upon the enemy; shattering ankles, shins, and kneecaps.

The Small and the Brave

The average dwarf soldier’s height was pushing 4ft. In their civilian occupations, their lack of height created many difficulties and put the men at a disadvantage compared to their taller peers. However, their vertical challenges proved to be a significant asset in the early part of the war.

Due to the current military tactics and weapons, the tiny soldiers proved extremely difficult to target on a confused battlefield, even when they were formed in a concentrated battle line. Military training of the time called for soldiers to aim high when firing on an enemy target. This tactic proved useless against the small but formidable soldiers of the Dwarf Brigade. Additionally, the Dwarf Brigade was able to get into position much more quickly than their taller counterparts, as they were able to dig shallower trenches and stack shorter rock walls when creating a defensive position. 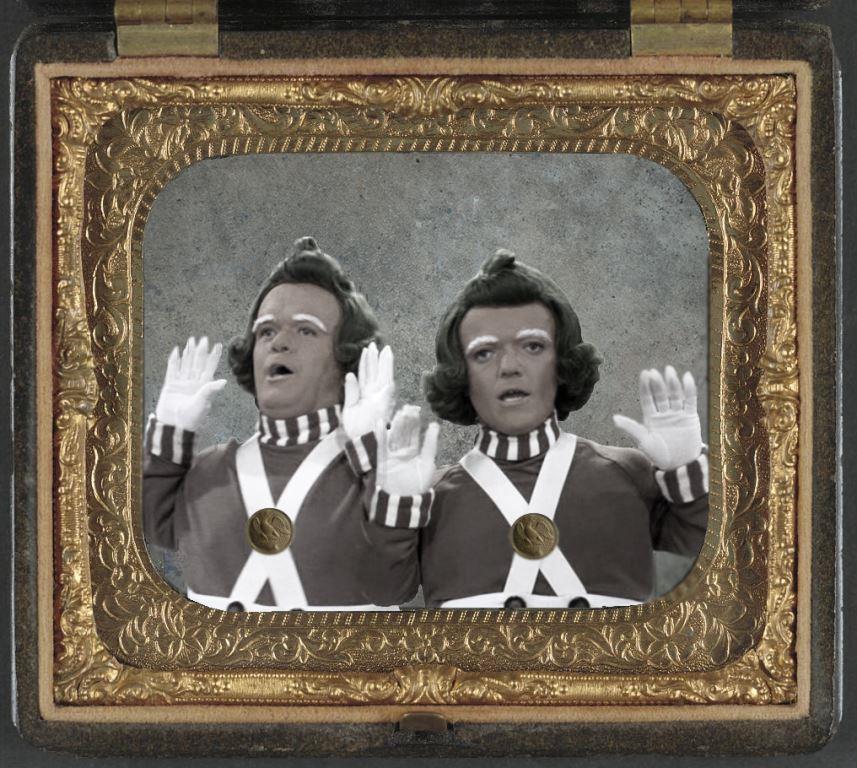 A tintype photo two Dwarf Brigade soldiers clowning around for the camera.

Adapting quickly to the Dwarf Brigade’s unorthodox fighting style, the Confederacy created new military tactics and weaponry – with devastating consequences. No weapon proved more deadly than the Bowling Cannon; named after its inventor, Earl Anthony Bowler, and the projectile it fired, the Gutter Ball.

Designed to be fired at a very low trajectory, Confederate artillery fired the Gutter Balls some 200 yards short of the Dwarf Brigade’s battle line. The ball would then settle into a violent roll, striking the Brigade in its center with devastating effects. A “7-10 split maneuver” became part of Confederate recruit training, in which troops were trained to pour through the gap created by the Bowling Cannon.

Despite their small stature, the tough and brave Dwarf Brigade led the Union charge in many of the Army of the Potomac’s major battles. This meant that they suffered disproportionate numbers of casualties. At the Battle of Antietam, in September 1862, about 60 percent of the little soldiers in the 13th Rhode Island were killed in battle. A few months later, at the Battle of Fredericksburg, nearly 50 percent of the brigade’s men were killed or wounded. “Dwarf blood and little bones cover that terrible field today,” wrote one little soldier. “We were slaughtered like little baby lambs.”

In July 1863, at the Battle of Gettysburg, about 25 percent of the Dwarf Brigade’s remaining soldiers were killed.

The End of the Dwarf Brigade

With their ranks completely decimated, their regiment short (oops, sorry) of field officers, and with very few conscription eligible dwarfs available for service, the Dwarf Brigade was disbanded in February 1864. The 35 surviving dwarfs returned to their factory jobs in the North with little to no fanfare. Overtime, their story was overshadowed by other brigades’ heroics; such as the Irish, Iron, and Orphan Brigade’s.

We hope this small contribution to telling the little story of the Dwarf Brigade will in some small measure, help raise awareness of their valiant sacrifice and significant contributions to our great country.

The Easter Bunny and Easter

The History of Florida in Maps and Postcards
Scroll to top