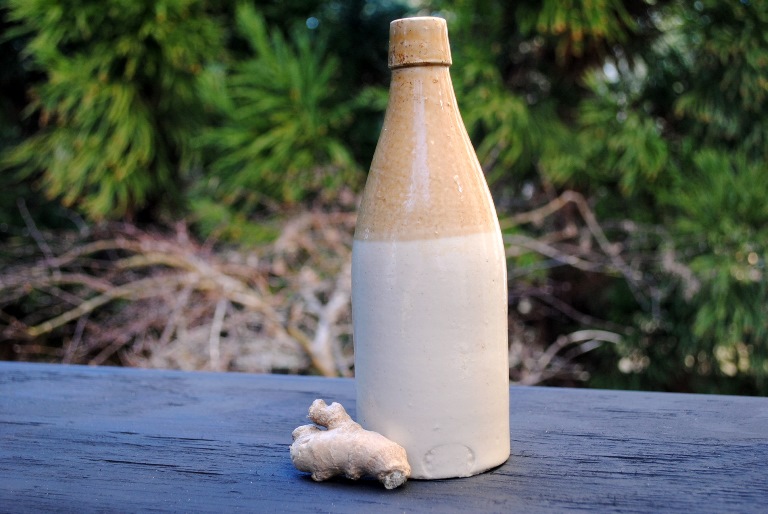 Many relic hunters and collectors have one or more “Ginger Beer” or “Ginger Ale” bottles in their collection. Such bottles are often found in trash pits near Union and Confederate Civil War camps. The bottles were also common Civil War period crockery, often used by civilian home brewers to make homemade Ginger Beer. This also explains why bottles are found in household privy pits, as they were discarded once emptied. So I guess I’m not the first guy to drink a beer while on the toilet?

First appearing in England in the mid to late 1700s, Ginger Beer made its way to North America around 1790. There’s a good chance that many of the bottles discovered in Civil War camps and household privy pits were originally produced in England, being that commercially sold Ginger Beer was imported from England in stoneware bottles.

Homemade Ginger Beer was commonly produced and consumed by many, including children. Being that most sources of water at the time, especially in cities, were polluted and often a common source of disease; it was much safer to drink beer or wine despite the alcohol content. This was due to the fact that at some point in the brewing process, the water was either boiled or heated.

Pour four quarts of boiling water, upon an ounce and a half of ginger, an ounce of cream of tartar, a pound of clean brown sugar, and two fresh lemons, sliced thin. It should be wrought twenty-four hours, with two gills of good yeast, and then bottled. It improves by keeping several weeks, unless the weather is hot, and it is an excellent beverage. If made with loaf instead of brown sugar, the appearance and flavor are still finer.

In the United States, Ginger Beer started to be produced commercially on a large scale after the Civil War. The drink was most popular in the Northeast, particularly in New York State. To keep up with its popularity in the region, many breweries popped up along the Erie Canal, allowing for easier transport.

Ginger Beer saw a rapid decline in popularity in the US thanks in large part to Prohibition during the 1920’s and early 30’s. However, its popularity continued throughout the UK and Canada, where the beverage was sold in stoneware bottles until the 1940’s. Glass eventually replaced the iconic stoneware bottle due to cheaper production costs and improved sanitation practices.

7 Things to Know About Professional Appraisals

Appraisals – How Much Is This Worth?