It’s back-to-school season. As I write this, parents are crashing the school supplies aisles in a desperate and frenzied attempt to secure every item on the teacher’s list. After all, hell has no fury like an elementary teacher scorned. While nearly every school supplies list will make mention of a binder, not a single 3-ringer can hold a candle to the greatest school binder ever created, the Trapper Keeper.

With their special folders, pockets, playful designs, and iconic Velcro closure, these organizational vessels of awesomeness would come to define childhoods across North America throughout the 80’s and better part of the 90s. Remembered fondly by those adults now shopping for their children’s school supplies, Trapper Keepers have experienced a resurgence in popularity via pop culture.

Trapper Keepers have been featured, albeit facetiously at times, in Napoleon Dynamite, Family Guy, South Park, and Netflix’s hit series, Stranger Things. And much to my surprise, I discovered that there’s a thriving business in selling and collecting vintage Trapper Keepers, where used binders are selling for $40 or more!

When used, 35-year old school binders are fetching that kind of money in the collectible market, it requires additional research into what Trapper Keepers are all about.

The Mother of All Inventions

As Crutchfield continued to study the market over the next few years, his research also revealed an explosive growth of portfolios/folders. Those trends proved to be the catalysts that would drive Crutchfield to change the school supply landscape for generations to come. Market research in hand, he set out to create a product that would combine numerous portfolios in one, easy to carry binder.

Incorporating feedback from teachers into his design, Crutchfield created a physical prototype that relied on PeeChees as its foundational element; but in Crutchfield’s design, he modified the folder’s vertical pockets in the shape of angled pockets and added multiplication tables, rulers, and weight conversions to them. He then crafted a three-ring binder that held the folders and closed with a flap that was secured shut with a metal snap. 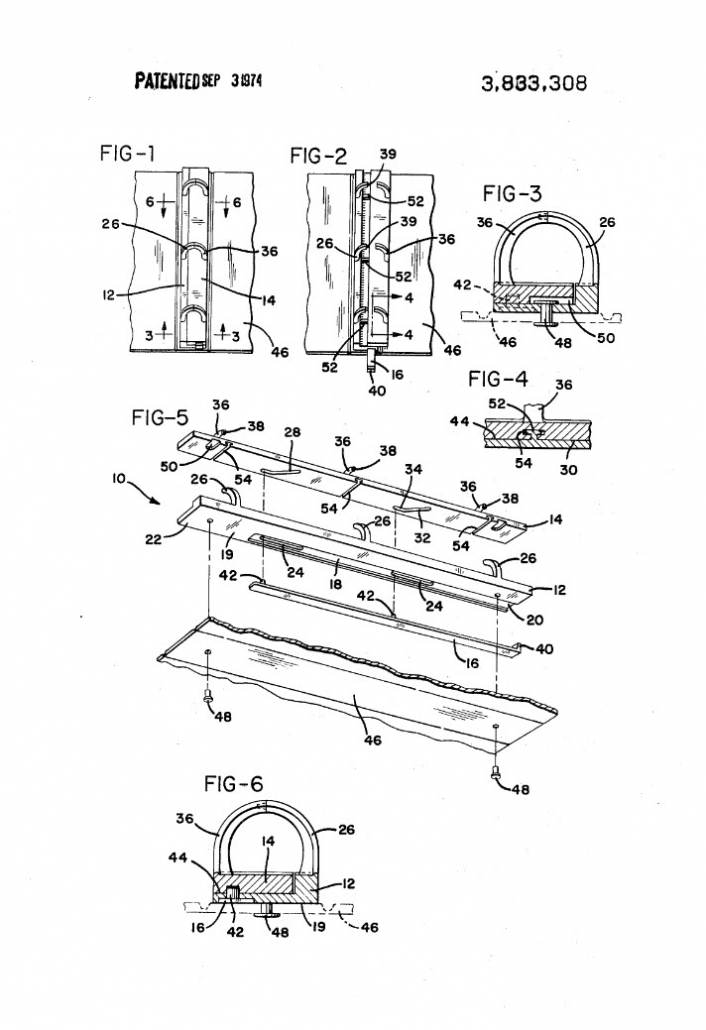 1973 patent for the Trapper Keeper prototype, courtesy of Google Patents.

With the prototype complete, the only thing it was missing was a name. The name came from Crutchfield’s R&D manager, Jon Wyant, who suggested the folder should be called the “Trapper.” That made sense to Crutchfield, so he asked Wyant what he would call the three-ring notebook that housed the “Trapper.” Wyant responded, “The Trapper Keeper.” It was decided. The new product would be called Trapper Keeper!

With the Trapper Keeper prototype in hand, Crutchfield and his team dove headfirst into schools, speaking with students and teachers about the “Trapper” and the “Keeper.” Based on their feedback, the prototype went through a handful of iterations, culminating in the final “go-to-market” design: a PVC binder with plastic rings that slid open and shut instead of snapping, a plastic clip that held pencil and paper, and a flap held shut by a closed metal snap.

After years of research, focus groups, testing, and design, it was time to take the product to market. Mead chose Wichita, Kansas as the test market; and in August 1978, it aired its first commercial there with smashing success.

To continue sourcing market feedback, each Trapper Keeper contained a feedback card that posed the question “Why did you purchase the Trapper Keeper rather than another type of binder?” Of the approximately 1,500 cards returned, there was one comment that caught everyone’s attention both for its’ directness and honesty.

When sifting through the feedback cards, Crutchfield and his product team came across a card submitted by a 14-year old named Fred. So why did Fred buy the Trapper Keeper instead of another type of binder? Well, in Fred’s exact words, he purchased the Trapper Keeper to “keep all my s**t, like papers and notes.” I wonder if Fred went on to pursue a career as a speech writer?

The feedback cards also revealed that it wasn’t just kids like Fred buying the Trapper Keeper, adults were snatching them up for record keeping purposes. All-in-all, Mead knew they had a big hit on their hands and made the decision to go national.

Following the successful test market exercise, Mead rolled out Trapper Keepers nationally in the summer of 1981. Due to the success of the test market commercial, the company invested in a prime-time network T.V. campaign and print ads to tout the new and innovative product.

The Trappers (folders) came in blue, green, and red and retailed for 29 cents apiece. The Keepers (binders) came in three designs; a dog, cat, and soccer, with a suggested retail price of $4.85 each. Much like the test market, retailers couldn’t keep up with demand. Trapper Keepers were quickly becoming a cultural phenomenon.

Three years after its national launch, and with sales still growing, Mead made a design change that was synonymous with the era: Velcro.

Not only was Velcro all the rage during the 80’s, it provided Mead with a practical alternative to the metal snaps used to close the Trapper Keeper’s flap. Velcro was easier to apply during manufacturing and it proved to be a friendlier alternative for the end-user.

Though the functional design of the Trapper Keeper remained relatively unchanged over the next decade, the designs took on a life of their own. Mead quickly latched on to popular images and themes and applied them to Trapper Keepers. 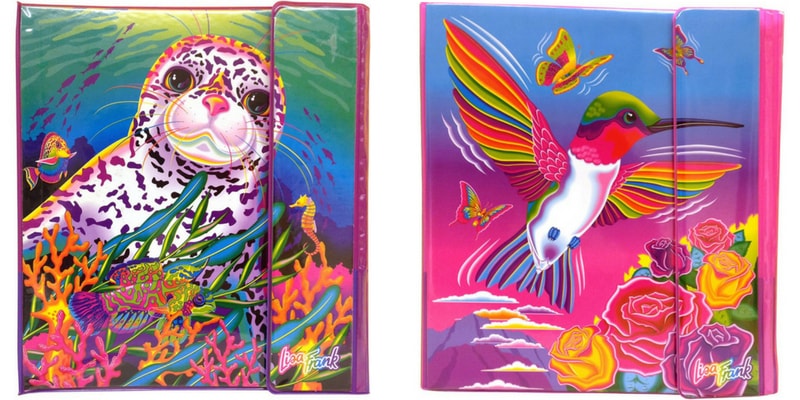 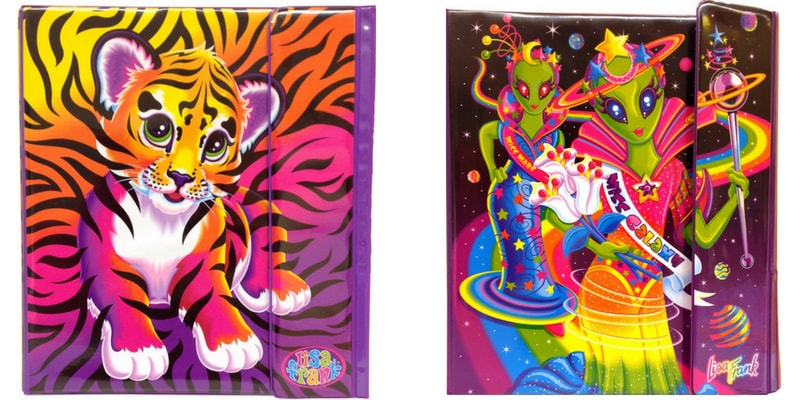 The popularity of Trapper Keepers reached a feverish pitch with Meads’ introduction of its designer series in 1988. Greatly sought after by collectors today, the designer series (1988-1995) showcased custom illustrations and artwork. Mead also licensed such beloved characters as Garfield and Sonic the Hedgehog to dawn its covers. And in one of the most popular moves it ever made, Mead struck a deal with Lisa Frank, known for producing whimsical commercial designs that were primarily marketed to children. 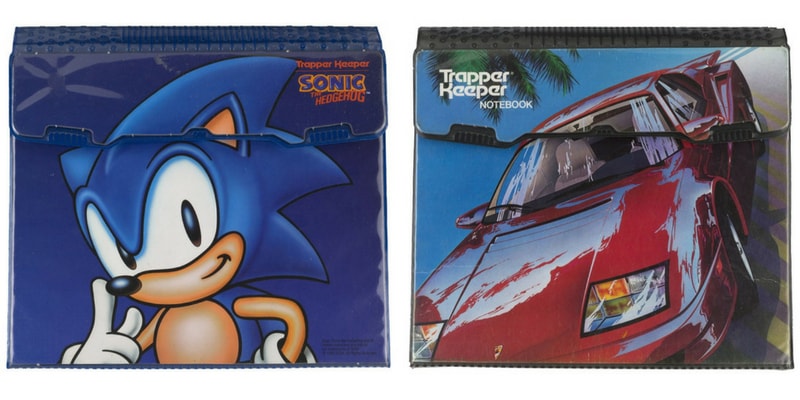 As its popularity soared among students, the Trapper Keeper was met with formidable resistance in the form of teachers. In fact, in the early 1990’s, Trapper Keepers began to show up on the “Do Not Purchase” class lists.

The reasons were threefold: (1) Due to the multiplication and conversion tables inside each Trapper Keeper, some teachers argued that they were enabling, if not encouraging students to cheat. (2) Educators couldn’t stand the cacophony of Velcro tearing throughout the classroom. (3) Due to mistaken identity, school administrators often referred to oversized binders as Trapper Keepers and barred them from their schools because they wouldn’t fit into desks or lockers!

Due to the backlash from educators, and a more competitive school supplies market, the popularity of the Trapper Keeper began to wane after the mid-1990s. Mead responded by switching from Velcro back to a metal snap, and has since converted its binder material from PVC to polypropylene and fabric. While its popularity has never reached the heights of the 80’s and 90’s, the Trapper Keeper is still a main staple in Mead’s school supply product line.

Like most collectibles, collectors are drawn to Trapper Keepers for what they represent: fun, comforting, and fond memories of childhood. And from what I’ve learned, people are willing to pay a lot of money to reminisce about their childhood!