The word “Stonewall” is quite arguably the most recognizable name in American military history. It’s synonymous with that of steadfast leadership, devout obedience, and military prowess.

Gen. Thomas Jonathon Jackson was adored by his troops, trusted by his superiors, respected by his enemies, and still studied by today’s military leaders. His ascent to such acclaim and admiration was born from humble beginnings.

As an orphaned child raised by his uncle on a farm in northwest Virginia, Jackson suffered the hardships of poverty, loneliness, isolation, and heartache. Wanting to be more than just a farmer; and refusing to succumb to his surroundings, he embraced an unquenchable desire for continual self-improvement and transformation into something greater.

Starting around 1848, after his valiant service in the Mexican War, he started to record a book of maxims that served as a reminder for his unrelenting pursuit of self-improvement. Entries into the 8 ½” x 10 ½” blue-marbled notebook were added over the next five years. The maxims were a collection of straightforward principles of personal conduct and self-improvement.

The maxims were recorded as a roadmap for mastering the challenges of life. The maxims were organized in five categories developed by Jackson: choice of friends, rules of conversation, guides for good behavior, motives to action, and politeness and good breeding.

Largely influenced by the teachings of the Bible (Jackson was a devout Calvinist), he was also heavily influenced by the life lessons shared by Lord Chesterfield in letters written to his son. Jackson also sourced and recorded the teachings of others, including Benjamin Franklin, Autobiography (1791); Joel Parker, Invitations to True Happiness (1844); The Christian Keepsake and Missionary Manual for 1849 (1849); and O.S. Foster, Memory and Intellectual Improvement Applied to Self-education and Juvenile Instruction (1850).

In 1863, Jackson was accidently killed by his own men during the Battle of Chancellorsville. 120 years later, the notebook was discovered by James I. Robertson, Jr. in the course of researching Jackson. Uncovered in the Davis Collection of Civil War manuscripts at Tulane University, Robertson, Jr. later compiled and edited the maxims in his book Stonewall Jackson’s Book of Maxims (2002).

In the book, Robertson, Jr. publishes the maxims as Jackson originally wrote them. To add context to each maxim, he also adds commentary that helps the reader better understand the maxim as it relates to the time in which Jackson lived and how he applied (and sometimes failed to apply) the teachings to his day-to-day life.

After the war, in a Memorial Day address in Winchester, former congressman and Jackson confidant Alexander Boteler said of Jackson: “We remember how unselfishly he devoted himself to the cause he espoused; how successfully he defended it; how calmly he encountered dangers; how resolutely he overcame difficulties; how consistently he maintained his Christian character; and how singularly free he was from the ordinary frailties of humanity.” (Alexander Robinson Boteler Papers, Duke University).

Much of that resolve, adherence to duty, selflessness, and life purpose can be traced back to the entries Jackson recorded in the pages of his tattered book of maxims. 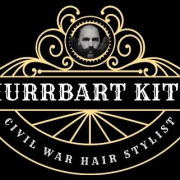