Portly pumpkins with twisted faces are a sure sign that the Halloween season is upon us. Often referred to as jack-o’-lanterns, these ghoulish-faced pumpkins have quite the backstory.

The term jack-o’-lantern was first used in the 1660s to describe a man with a lantern, or a night watchman. The term was later used to describe “ghost lights”; a mysterious visual phenomenon witnessed at night over bogs, marshes, and swamps.

Ghost lights—called jack-o’-lanterns, foolish fire, will-o’-wisp, fairy lights, and corpse candles—are created when gases emitted from decomposing plant matter ignite when they interact with heat or electricity. In the absence of a scientific explanation, folktales were spun to explain away what science could not. 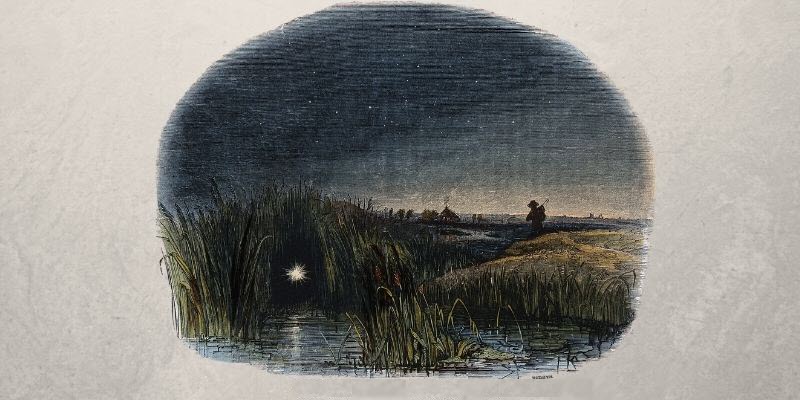 One such tale originated in Ireland and centered on a man named Stingy Jack.

Centuries ago, in one of Ireland’s rural hamlets, there lived a drunkard named Stingy Jack. Not only was Jack a drunkard, he was also known throughout the village as a liar and deceiver. As the villagers would attest, when it came to his word and his liquor, Jack was not to be trusted.

While making his nightly rounds throughout the many haunts of the hamlet, Satan caught wind of Jack’s reputed debauchery. Intrigued by what he heard; Satan set out to determine whether Jack lived up to his despicable reputation.

Satan did not have to wonder far, as he quickly spotted a drunken Jack stumbling down a cobblestone path. As Jack approached Satan, he came to an abrupt stop. Alarmed and mystified but what he saw before him, Jack aggressively rubbed his eyes into momentary focus. When the drunken fog lifted from his bloodshot eyes, Jack gazed into the steely eyes of the devil.

Jack’s Deal with the Devil

Believing that his wicked ways had finally caught up to him, Jack was convinced that the devil had come to collect his wicked soul. With nothing to lose, a defeated Jack asked Satan to grant him one last drink before the devil banished him to the fiery underworld for eternity.

A lover of liquor himself, Satan put his arm around Jack, and they sauntered into the village pub. The two bellied up to the bar and commenced to drinking themselves into a strong stupor. When Satan informed Jack that was time to depart, Jack asked Satan to pay the tab.

Ready to get the show on the road, Satan acquiesced and transformed himself into a silver coin that Jack could use to settle the tab. Deceiving the deceiver himself, Jack slipped the devil into his pocket and skipped out on the bill.

The devil knew he had been had, as he was now confined to the same pocket that also held a silver crucifix; a crucifix that prevented Satan from morphing back to his original form.

To remove the cross from his pocket, Jack had a simple demand: in exchange for his freedom, Satan must promise that he would not seek revenge on Jack for one year and that, should Jack die, the devil would not claim his soul.

One year later to the day when Jack and Satan struck their deal, the devil once again intercepted Jack on the same cobblestone walkway. Too drunk and too weak to fight Satan, a defeated Jack surmised that the devil would have his way with him this time.

Hungry, Jack asked the devil to get him one apple from a nearby apple tree so that he would not have to travel to Hades on an empty belly. Seemingly having his captive at bay, Satan carelessly climbed up the apple tree to pluck the biggest red apple from its tallest branches.

As the devil climbed his way to the tree, Jack fumbled inside his pocket to retrieve his knife. With knife in hand, Jack carved a cross into the tree’s bark. As Jack had done before, he made a demand in exchange for his freedom, Satan must promise that he would not seek revenge on Jack for another year and that, should Jack die, the devil would not claim his soul. Satan begrudgingly agreed and was set free.

Denizen of the Netherworld

As time elapsed from his encounters with the devil, Jack’s drinking eventually took its toll on his health and he died. As Stingy Jack’s soul made its way to Heaven, he was stopped at the Gates of St. Peter. It was there that Jack heard the unmistakable voice of God.

Jack was told in no uncertain terms that he would never be allowed into Heaven because of his unapologetic, sinful lifestyle of drunkenness and deceitfulness. Reeling, Jack’s soul plummeted to the Gates of Hell, where he begged Satan for admission.

To warn others not to cross him, Satan sent Jack away into the everlasting darkness of night with only a burning coal for light, making him a denizen of the netherworld. Banished to aimlessly roam the dark world between Heaven and Hell in perpetuity, Jack placed the burning coal into a carved-out turnip to light his way. 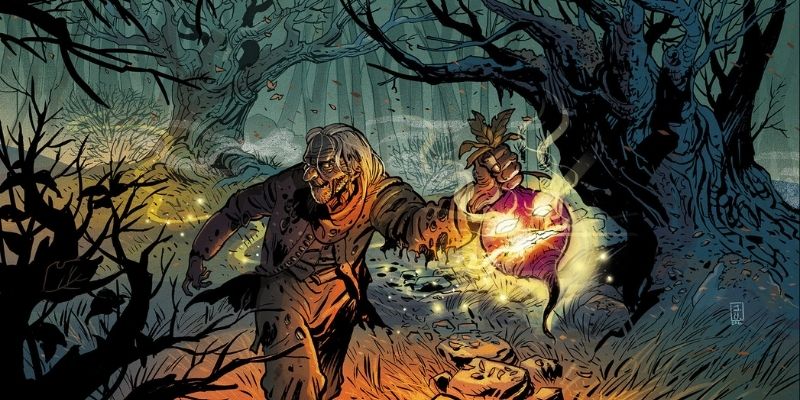 Jack of the Lantern

In Ireland, many tales were told about Jack and his lantern aimlessly moving about the countryside. And those flickering lights seen in the swamps; those were said to come from Jack’s lantern as he helplessly moved about the night.

As the story took hold, the Irish began to refer to these sightings as “Jack of the Lantern”, later shortened to “Jack-O’-Lantern.”

Of those in Ireland and Scotland that believed this story to be true, they began to make their own lanterns of turnips and potatoes, often carved with scary faces. Such lanterns where then illuminated with candles and placed on window seals and doorways to ward off Jack and other evil spirits roaming the netherworld. 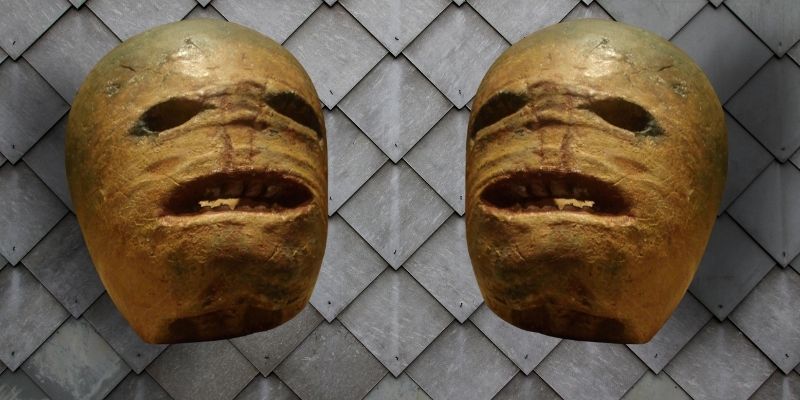 A traditional Irish turnip Jack-o’-lantern from the early 20th century. Photographed at the Museum of Country Life, Ireland.

As the Irish immigrated to the United States, they brought the jack-o’-lantern tradition along with them. Turnips and potatoes were eventually replaced by one of America’s native fruits, the pumpkin.

And yes. Pumpkin is actually a fruit.

Have our blog posts delivered straight to your inbox twice per month for free!
October 20, 2020/by Will Adams
https://relicrecord.com/wp-content/uploads/2020/10/Stingy-Jack-O-Lantern.jpg 321 845 Will Adams /wp-content/uploads/2015/01/relic-record-logo-flat.png Will Adams2020-10-20 17:06:252020-10-20 17:06:25Stingy Jack | Jack-O’-Lantern
Disclosure: RelicRecord.com participates in Amazon Services LLC Associates Program, and other affiliate advertising programs, designed to provide a means for publishers to earn fees by linking to Amazon.com and affiliated sites.

Get The Funk Out Of Here!