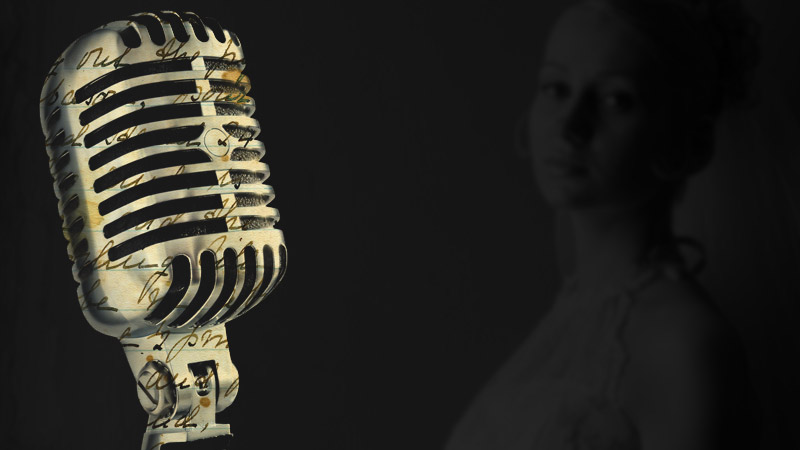 Most mornings on the drive into work, I’ll have NPR playing on the radio to catch up on the news or the occasional odd story. On most Friday’s, NPR will play a short segment from StoryCorps. For those of you who have never heard of StoryCorps, it is a U.S. based, non-profit organization whose goal is to record and preserve the oral history of Americans from all walks of life. Usually, it is just two individuals sharing a short conversation about their past or discussing a life changing event. Topics cover a whole range of life events and are always interesting. Check out an example at the bottom of this post.

Growing up, I remember my mom doing her very own version of a StoryCorps project with my Grandmother and Grandfather using nothing but one of those big, clunky cassette tape recorders. You know what I’m talking about. The one with the massive keys for moving through a cassette and one giant red key for recording. Anyhow, I can’t remember if the reason she set out to record some of their oral history was to help me or my brother with a school project or to simply make sure she had a recording of her parent’s great life stories. Probably the later.

I was fortunate enough to have both sets of grandparents well into my young adult years. During my many visits, I was usually afforded the opportunity to hear them talk about a piece of their lives or an odd bit of history. It wasn’t until I got older that I realized I might want to do some of my own recordings of my grandparents. At about this time, StoryCorps was just starting up and they had published a good guide on what equipment to get, how to interview someone, and overall instructions for making a solid recording.

Using the guide, I purchased a good quality microphone

, a mini-disc recorder, plenty of discs to record stories, and set out to see what I could catch. Although I had a general range of questions I could ask, I found it easier to just get my grandparents to start talking on some subject. For them, this usually revolved around World War 2, their jobs after the war, or some shenanigans they found themselves wrapped up in. While my grandparents never ventured to the depths of personal emotion (we just aren’t wired that way), they did share many funny and insightful stories about how their life journey took place.

Some of my favorite stories were from my grandfathers. Harrison, my mother’s father, shared how he “became” a cook in the army – cooking and feeding hundreds of hungry soldiers. Let’s just say hilarity ensued when he didn’t quite get the math right trying to scale up my grandmother’s chocolate cake recipe. Horace, my father’s father, shared what it was like to work for TVA, as well as some of his more humorous war stories involving the latrine and French paper currency…

With the holiday’s coming up, most families out there are going to be gathering for dinners, celebrating, or simply enjoying each others company. During this time, why not set out to capture some of those funny stories or life struggles you want to keep from slipping away? Technology has advanced to the point where anyone who is interested in saving their family’s oral history can do so easily. Gone are the days of using a clunky cassette tape recorder and mashing buttons. In reading up on StoryCorps for this post, there is now a mobile app available to help you develop a set of interview questions and then use your phone to actually carry out an interview. Don’t have a smartphone? Grab a good digital recorder

You might ask, how does this fit into RelicRecord’s mission of providing a system to inventory collectibles and memorabilia? Well, as we are able to expand the software, we hope to provide the ability to not only archive text and images but also audio and video. Wouldn’t it be great to be able to listen to a family member no longer alive speak about a family heirloom?

While we are tooling away, do yourself a favor and download the StoryCorps app, go out and get some basic recording equipment, and get out there to record some stories. Do the best you can. The important thing is that you do not lose your family’s oral history to failing memories and time.

9 Tips For Collectors
Scroll to top