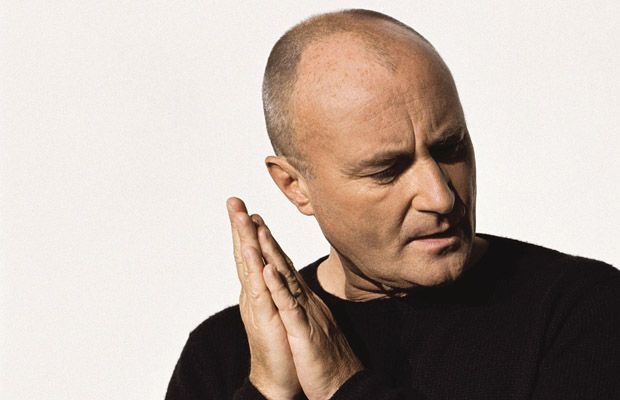 What does Phil Collins; the former Genesis drummer and lead vocalist, have in common with Davy Crockett? Remember the Alamo?

Like most historical artifact collectors, Phil Collins’ love affair with a specific period of history can be traced back to an early childhood experience. As a 5-year-old growing up in the London suburb of Chiswick, Collins watched Fess Parker portray Davy Crockett on the Disney series “Davy Crockett, King of the Wild Frontier.” He would toss his homemade coonskin cap on, assemble his toy soldiers in the family garden, and re-enact the Battle of the Alamo.

Fast-forward a few years, the Oscar and multiple Grammy Award winner’s fascination with the Alamo continued to grow and ultimately festered into an obsession. When his rock band Genesis embarked on its first tour of the U.S. in 1973, Collins visited the Alamo for the first time. Collins vividly remembers the impact of that experience, saying “I was spellbound when I first saw it in person.”

7 years later on another tour stop, this time in Washington, D.C., he stumbled on a letter signed by Crockett in an antique shop (yes, the rocker Phil Collins goes antiquing). Although he didn’t purchase the document, it made him aware that relics of the Alamo were available for purchase. It wasn’t until his wife gave him a purchase receipt for a saddle owned by John W. Smith (a courier dispatched by Lieutenant Colonel William B. Travis during the fall of the Alamo and who later went on to become the first mayor of San Antonio) for a Christmas present that the rocker began to amass what has now become the largest known, privately owned, Alamo relic collection in the world.

While visiting Collins at his home in a Swiss town near Lake Geneva,  Rolling Stone writer Erik Hedegaard described the scene as Collins shared his prized Alamo relics with the writer as they toured the rocker’s relic room.

He is down there now, picking up relics and explaining what they are and their significance. He moves softly in the room, which is spotless in the manner of a well-funded museum. Aligned in glass cases, mounted on the walls, secreted away in drawers and stacked in corners are muskets and rifles, Sam Houston’s Bowie knife (“Just look at that!”), a signed copy of Davy Crockett’s autobiography, a Davy Crockett military-service receipt, a howitzer, pistols, gunpowder pouches, a whole mess of horseshoes, Jim Bowie’s visa allowing him to reside in Mexico, swords, musket balls, animal teeth, human teeth, maps, cannonballs, brass powder flasks, a painting of Fess Parker as Davy Crockett, a poster of John Wayne as Davy Crockett, a receipt for a saddle bought by John W. Smith…

Collins’ delight in all this seems total. “Just look at that overcoat pocket pistol! Just feel that! This is the Bowie knife I was talking about! And this was supposed to be Bowie’s boot knife! Look at that! Want a horseshoe? Here, take a horseshoe!”

RELATED ARTICLE: Why Do We Collect Stuff?

The writer goes on to capture the essence of what it means to be a historical relic collector:

“The Alamo thing has been all-consuming. I mean, I don’t come down here and gloat at it all. I come down and look at it all in amazement.”

In 2012, Collins wrote the book “The Alamo and Beyond: A Collector’s Journey,” that documented his collection. He also chronicled his book tour through Texas with the documentary “Phil Collins and the Wild Frontier.” Collins’ love of the Alamo doesn’t stop with the relics he’s amassed, his Jack Russell terrier, Travis, is named after the Alamo commander William Barret Travis.

In June 2014, Collins announced that he was donating the bulk of his relic collection to the Alamo. During the press conference announcing the donation, he stated “There’s no point in my keeping the cream of it for me because I want everyone to see everything.” He went on to describe the meaning behind the objects, saying “To me, these items aren’t just about a battle, they are about the idea of these men and women having a choice and staying to fight for what they believed to be just and right. That’s what makes these things special.”

The “Phil Collins Alamo Collection” is estimated to be worth tens of millions of dollars. The Alamo is raising money to build a $100 million museum that will display and interpret the collection. The first shipment of relics made their way back to San Antonio in October 2014. Collins hopes the collection will help tell both sides of the famed battle, saying “There were brave men on both sides of that wall and this collection will help to tell that story.”

As a thank-you for donating his collection, the Texas legislature named Collins, 64, an “Honorary Texan” in March 2015. Despite donating the bulk of his collection to the Alamo, Collins has no plans to stop collecting relics related to the Alamo and the Texas Revolution. Following his donation last June, Collins said “It has been, and will continue to be my passion, and I shall continue to gather relics and documents, and forward them so they can be enjoyed.”

Buried Treasure of the Founding Fathers
Scroll to top