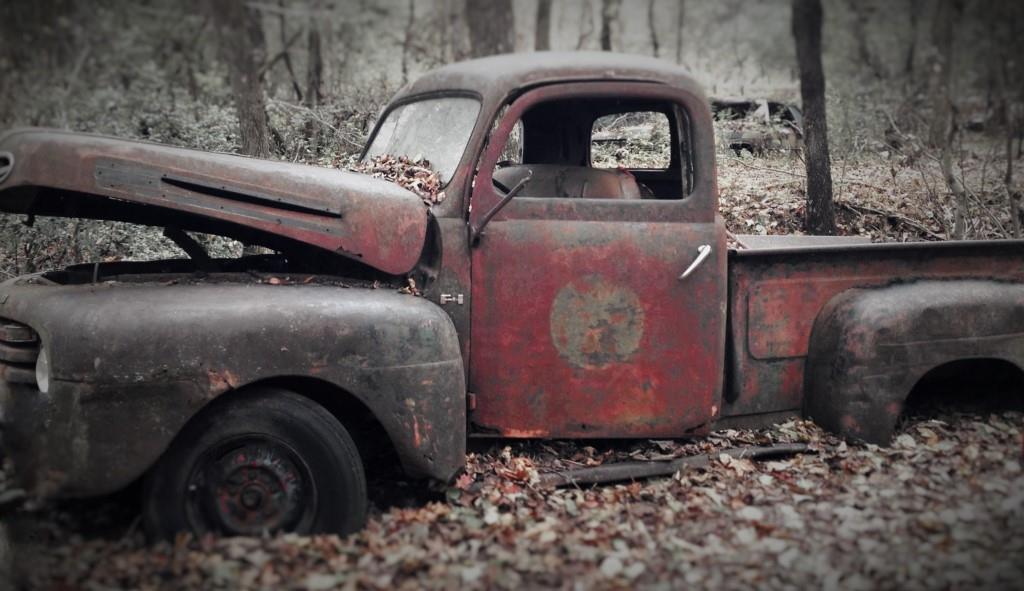 Have you ever paid $25 just to stroll around a junkyard? I did. And it was awesome.

Tucked away in a quaint roadside forest along U.S. Highway 411, more than 4,200 decomposing vehicles gently blend in with the tall Georgia pines, honeysuckle vines, moss, and other vegetation one would expect to see in the North Georgia woods.

Dean Lewis, the junkyard guardian, museum curator, and Styrofoam cup artist, grew up among the metal giants – born in a junkyard one might say. His parents originally purchased the land in 1931 and opened a general store. Over the years, they would haul a junk car or two back to the property and sell-off their parts. One or two cars turned into a few hundred; and then a few thousand.

Lewis charges visitors $15 if they just want to look around and $25 if they want to take pictures. Lewis decided to charge photographers a higher fee after spotting a photo taken in his junkyard museum selling for $600 – seems only fair to me.

The cars, ranging in production years of 1918 through 1972, aren’t the only attractions of Old Car City. There’s a friendly and fun cast of characters you may encounter as you meander through the 6 mile maze of cars. On this visit, I was fortunate enough to bump into one such personality.

Looking like the love child of Uncle Si of “Duck Dynasty” and Billy Gibbons of ZZ Top, Fast Eddie was busy playing his piano; constructed of lacquer-finished barn wood and positioned at the far end of the “car shop.” Resting comfortably in an old church pew situated directly across from the piano, I listened to a few songs while my father-in-law (who was clearly fascinated by Fast Eddie) feverishly photographed the bearded wonder in all his glory. I locked eyes with Eddie a few times as he peered over the rifle conveniently mounted atop the piano – rest assured; we put a few dollars in his tip jar.

Fast Eddie’s harmonies were soon replaced by the pleasant melodies of the hubcap and tailpipe wind chimes dangling from an elongated, rusty pipe. Spectacular color, texture, shapes, and smells emanated from the forest. Nature and metal seemed to co-exist in peaceful harmony. Trees grew threw windshields, engine compartments, dashboards, and truck beds. Bright green moss contrasted sharply against the vibrant paint colors used on cars of the 50’s and 60’s. Rusted metal disappeared into the red clay of North Georgia. Somehow, it all worked.

While the cars are the main attraction, you’ll also find humor cleverly sprinkled throughout the enchanted junkyard forest. Scribbled on rusted car parts and sheet metal you will see such introspective thoughts as “A lot of people mistake a short memory for a clear conscience.” Resume bloopers such as “Objective: I would like to work for a company that is very lax when it comes to tardiness.” And of course, located in Georgia, there are a few redneck sayings as well “You might be a redneck if your spring wardrobe involves scissors.”

If you ever find yourself near White, Georgia, I would suggest spending a few hours getting lost in the “Worlds Largest Knowd Old Car Junkyard.” And bring your camera.

The Ancient and Peaceful History of the Swastika