The stage actor powerfully clutched the pocket-sized single-barrel pistol in his right hand. Outfitted with black walnut grips and German Silver hardware, it anxiously awaited its handler’s evil instruction. In the actor’s left hand, a stag-handled dagger readied itself to be violently thrust into action.

At approximately 10:15 p.m., and a mere five days after Confederate General Robert E. Lee surrendered to General Ulysses S. Grant, the actor that fervently believed his destiny was to salvage the Southern cause, raised his pistol and fired a single .44-caliber lead ball into the head of President Abraham Lincoln.

Considering the cataclysmic impact Lincoln’s assassination had on American History, the weapon that John Wilkes Booth used to kill him was remarkably minuscule.

Made by Henry Deringer (1786-1868) of Philadelphia, the ‘Philadelphia Deringer’ was a compact, single-shot percussion handgun. At 5.87-inches in length and a meager 8-ounces, the pistol was easily concealable, but only accurate at close range. 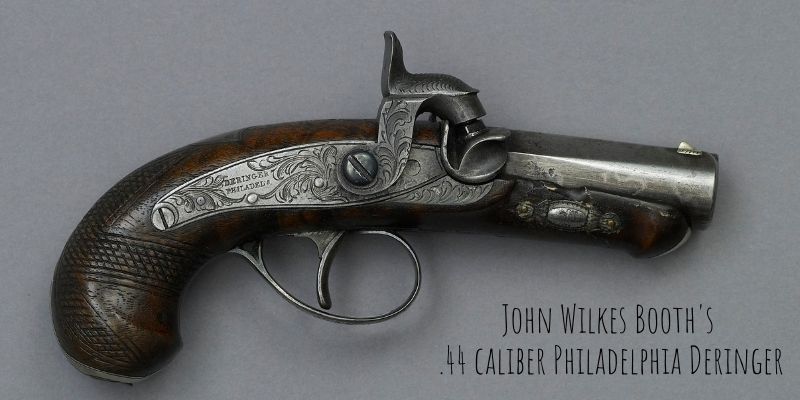 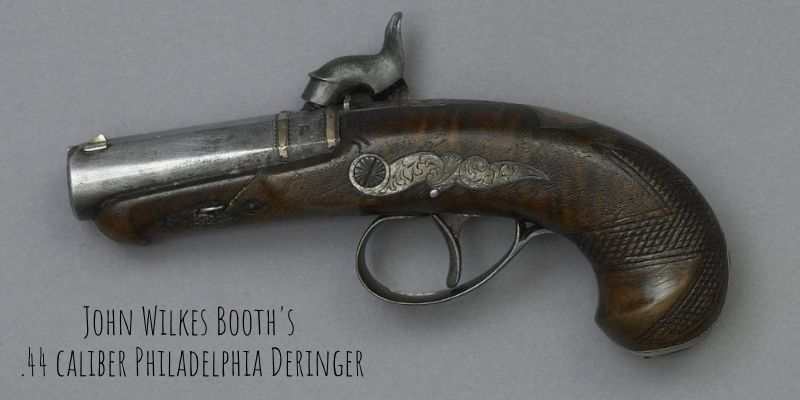 In addition to its toy-like appearance and limited range, the Deringer was also known for its finicky firing mechanism. To mitigate the chances of a misfire, the handler would typically fire off a few percussion caps to dry out lingering moisture within the tube (nipple) and barrel. The handler would then pour 15 to 25 grains of black powder down the barrel, followed by a patched lead ball tightly rammed against the powder. A new percussion cap would then be placed on the nipple, the hammer fully cocked, the pistol aimed, and the trigger squeezed to fire.

A Journey Back to Ford’s Theatre

In the hours following the assassination, theatre patron William T. Kent, who helped move the mortally wounded Lincoln to the Petersen House, returned to the theatre to look for his keys. In his search, he discovered the unassuming pistol peaceably resting on the floor of the Presidential Box. Kent turned the weapon over to investigators. 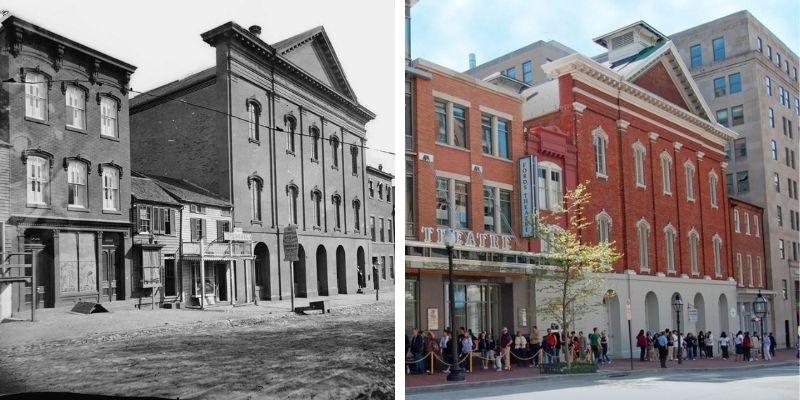 Although its crusading commander was hunted down and killed 12-days after the assassination, the instrument of death’s journey was far from over.

The Deringer was used as evidence by the U.S. Army Judge Advocate General’s Office (JAG) in the prosecution of Booth’s co-conspirators’ in May and June of 1865. Following the trial, JAG retained the Deringer until it was transferred to the War Department, the predecessor of today’s Department of Defense, where it was displayed at the agency’s headquarters.

In 1931, General Ulysses S. Grant III, was appointed to lead the development of the new Lincoln Museum at Ford’s Theatre. To accurately illustrate the historical event, Gen. Grant III asked the War Department for permission to exhibit the weapon and other Lincoln assassination artifacts within the new museum. Surprisingly, his requests were emphatically denied by the Adjutant General of the U.S. Army, saying:

“The relics should not be displayed to the public under any circumstances, on the theory that they would create interest in the criminal aspects of the great tragedy, rather than the historical features thereof, and would have more of an appeal for the morbid or weak-minded than for students of history. […] the Lincoln relics should not be placed upon exhibition anywhere.”

– The Adjutant General of the U.S. Army 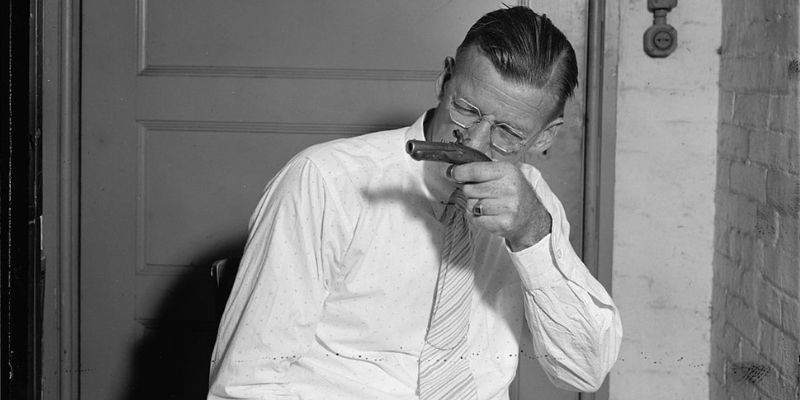 Due to the mounting public interest in Lincoln and his assassination, the War Department relented. In 1940, the Deringer and other assassination artifacts were transferred to the National Park Service for the purpose of being displayed at the Ford’s Theatre National Historic Site, where the Deringer has resided ever since. Or has it?

In 1997, 132 years after Lincoln’s untimely death, the authenticity of the Deringer was called into question when the estate of a Northeastern U.S. burglary ring member was settled. It was alleged that members of the gang had stolen the original pistol in the 1960s and replaced it with a replica. The National Park Service asked the FBI to investigate the claim.

The FBI Special Photographic Unit superimposed historical photographs taken of the weapon during the 1930s with the weapon in their possession. The results revealed a near exact match of unique characteristics such as the crack in the walnut stock, swirl patterns in the grain of the stock, and pit marks on the barrel, leading investigators to conclude the Deringer on display at Ford’s Theatre was in fact, the real deal.

More recently, the authenticity of the knife displayed at the Ford’s Theatre Museum has been called into question by Lincoln assassination researcher Dave Taylor. In his escape from the Presidential Box, Booth stabbed Major Henry Rathbone with a large knife. Taylor contends the knife used that night was the “Rio Grande” knife, rather than the knife on display, also known as the Liberty knife. 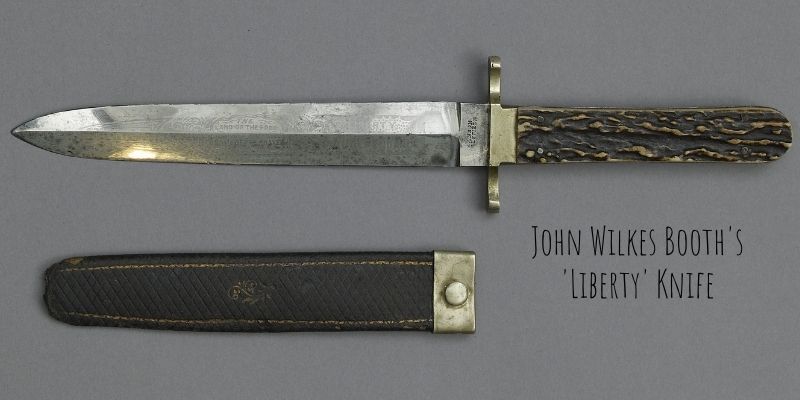 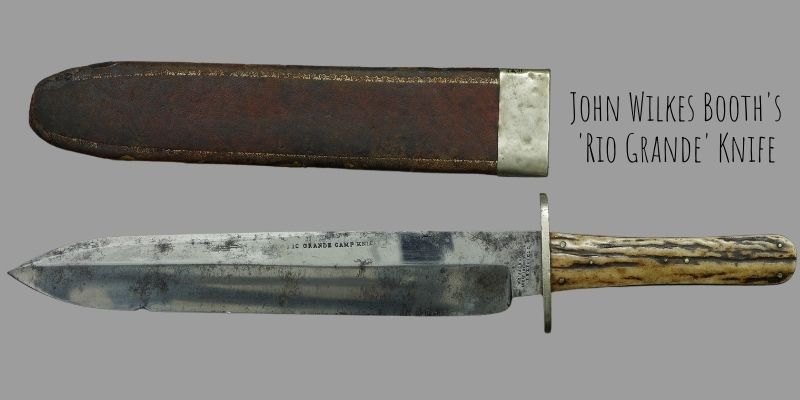 Like the FBI case of 1997, the National Park Service has demonstrated an interest and openness in investing artifact authenticity claims, stating that “Perhaps a future display could, like Taylor’s post and ours suggest, showcase both knives and lay out evidence to show our visitors how ambiguous historical evidence often is.”

Having viewed Booth’s Philadelphia Deringer in person, I cannot help but wonder how the fabric of our nation was irrevocably changed by Lincoln’s assassination.

As history so often does, the assassination of Lincoln presented us with a valuable and cautionary lesson, in that violence only begets violence. Instead of Lincoln peacefully shepherding the South back into the Union, as brothers and sisters, his violent death at the hands of a Southern sympathizer prompted the North to lord over the South with a particular brand of spiteful vengeance.

We are only left to wonder; what would America look like, sound like, and feel like today if Lincoln had lived out his final term in office?