Anita Holcombe of American Digger Magazine recently shared her story of recovering a Jeff Davis Hat Pin from a Civil War site in Belle Plains, Virginia. With Anita’s help, we explore the hat pin, its origins, and the purpose it served. Let’s first start with a little background on where the hat pin was recovered.

Belle Plains, Virginia, (sometimes spelled Belle Plain), was a steamboat landing located on the Potomac Creek – an offshoot of the Potomac River in Stafford County. Appearing in the June 11th, 1864 edition of Harper’s Weekly, was a scene depicting General Grant’s army using the landing as a supply point. The landing played a prominent role as a supply point during the Overland Campaign of 1864. 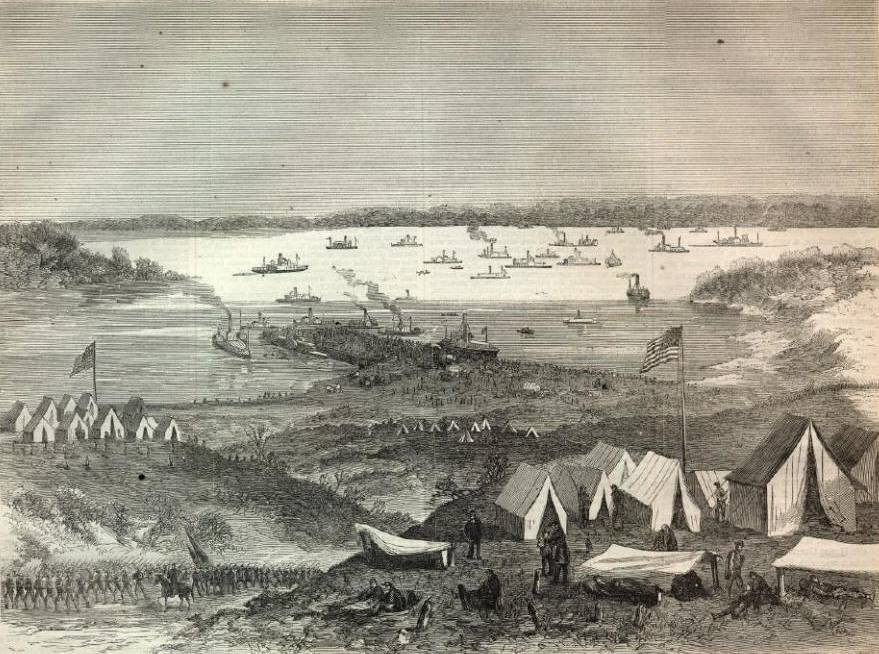 June 11th, 1864 edition of Harper’s Weekly depicting General Grant’s army using the landing as a supply point on the Potomac.

Here’s the publication’s written description of the scene:

“BELLE PLAIN, Virginia, the recent base of supplies for General GRANT’S army, is simply a rude landing on Potomac Creek, constructed for the present emergency, right at the foot of a range of wooded hills, along which sharp, precipitous roads wind away toward Fredericksburg, nine miles distant.

There are no houses of any sort within a mile of the landing, and the appearance of the surrounding country is desolate in the extreme. The offing, which is embraced in our sketch, was constantly crowded with transports and naval vessels, receiving and unloading stores and troops; and the scene from the heights on a clear day was almost as full of life and animation as New York Harbor.”

To properly explain the “Jeff Davis Hat Pin” and the purpose it served, one must first examine the hat that the ornate accouterment adorned; the Hardee Hat. In 1855, Secretary of War; and future President of the Confederacy, Jefferson Davis directed the formation of two new regiments of cavalry. A group of officers, appointed to make equipment recommendations, suggested a flamboyant new hat for the cavalry. The hat; and subsequently the hat pin, is often referred to as the “Jeff Davis” (hat or pin). This is mostly due to the fact that the hat was introduced during his tenure as the Secretary of War. So what about the “Hardee Hat” name?

The Hardee Hat designation originates from William Joseph Hardee, a career officer in the U.S. Army from 1838 until he resigned his commission on January 31, 1861 and joined the Confederate States Army in March, 1861. Hardee was quite a prevalent military figure at the time. He valiantly served during the Second Seminole War and in the Mexican-American War. A West Point graduate himself, he returned to the Military Academy in 1853 as a tactics instructor.

Following the formation of the 2nd U.S. Cavalry in 1855 at the behest of Jefferson Davis, Hardee assumed the position of Senior Major (and then in 1860, as Lieutenant Colonel of the 1st U.S. Cavalry). Coinciding with his 1855 cavalry service, Davis directed Hardee to develop a book on tactics. The resulting publication (and its terribly long title) Rifle and Light Infantry Tactics for the Exercise and Manoeuvres of Troops When Acting as Light Infantry or Riflemen became the most popular drill manual of the era, used by both the U.S. Army; and later, the Confederate Army. Then and now, the book is commonly referred to as “Hardee’s Tactics.” Hardee’s position with the cavalry, notoriety as a tactician, and his military prevalence, all point to why the hat is most associated with his name. 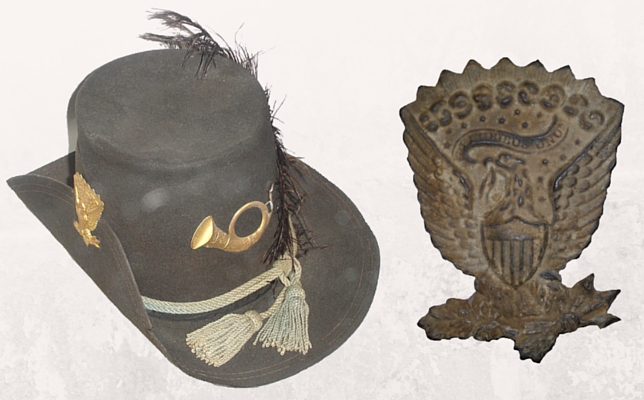 The hat itself was made of black felt and decorated with various insignia that indicated branch of service, regimental number, and/or company letter. Officers’ insignia was embroidered, while enlisted men wore brass insignias. Hat cords wrapped around the hat and were colored based on the branch of service of the enlisted man, while officers and general officers were given their own colors (black & silver for officers and gold for general officers). The hat was decorated with Ostrich feathers on one side and the brim bent (looped) upward on the other. The looped brim was held in place by a stamped brass, eagle designed hat pin (see where we’re going here?).

The hat was intended for “dress” wear while the forage cap was for drilling and fighting. Due to the material, bulkiness, and overall flamboyant nature of the hat, most soldiers preferred the basic forage cap for everyday wear. This is evident by the scarcity of period photographs depicting soldiers wearing a Hardee hat.

Although later worn by both Yankees and Rebels during the Civil War, the hat was proudly worn by the Iron Brigade of the Army of the Potomac – otherwise known as the Black Hat Brigade (for obvious reasons).

The pressed brass “Eagle” was one of the most striking insignias to have seen service during the Civil War. The brass insignia was a rendering of the Arms of the United States and was originally prescribed to be worn as a pompom eagle on the Model 1851 Shako Cap. When the Hardee Hat replaced the Shako as the standard headgear for the U.S. Army in 1858, the U.S. Government did something shocking – they were frugal and resourceful! They quickly found another use for the brass eagle.

The 1858 dress regulations outlined the proper use of the eagle in conjunction with the Hardee Hat. Mounted services such as the cavalry were to wear their hat “looped up on the right side, and fastened with an eagle attached to the side of the hat” while infantry and artillery looped and pinned the left side. However, as the Civil War progressed and both armies embraced Hardee’s Tactics, infantrymen started to bend the hat on the right side to accommodate Hardee’s prescribed “Shoulder Arms” position. 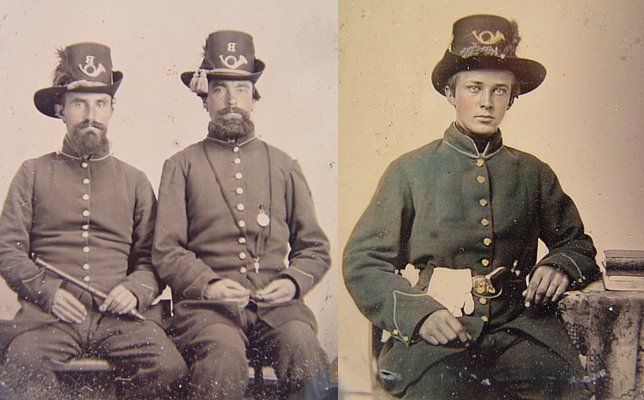 Left: Unidentified soldiers in Union uniforms and infantry Company B Hardee hats; soldier on left holds fife and soldier on right wears locket and key around his neck. Right: Hand-tinted ambrotype of a young Union soldier wearing a black-plumed Hardee hat. The “US” on the belt buckle was corrected with gold lettering; the photo overall is reversed left to right and the soldier actually wore his hat pinned up on his left. Photo Credit: Library of Congress

The tenacious Iron Brigade wore their Hardee Hats and Jeff Davis Hat Pins as they valiantly fought in some of the most violent campaigns and battles of the American Civil War; Northern Virginia Campaign, Second Battle of Bull Run, Battle of Antietam, Fredericksburg, Chancellorsville, Gettysburg, Mine Run, Overland Campaign, Siege of Petersburg, and the Battle of Appomattox Court House. The Black Hat Brigade suffered the highest percentage of casualties of any brigade in the war.

We want to thank Anita for sharing her story with us. In addition to publishing an outstanding magazine, Anita is an even better friend with a gracious spirit. And she loves dogs; which is pretty awesome considering that RelicRecord.com’s one-eyed marketing intern is a dog, “Action Jackson.” We hope you enjoyed this experience in American history! 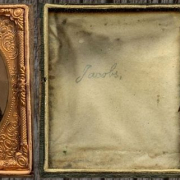 The Forgotten Brigade of the Civil War
Disclosure: RelicRecord.com participates in Amazon Services LLC Associates Program, and other affiliate advertising programs, designed to provide a means for publishers to earn fees by linking to Amazon.com and affiliated sites.