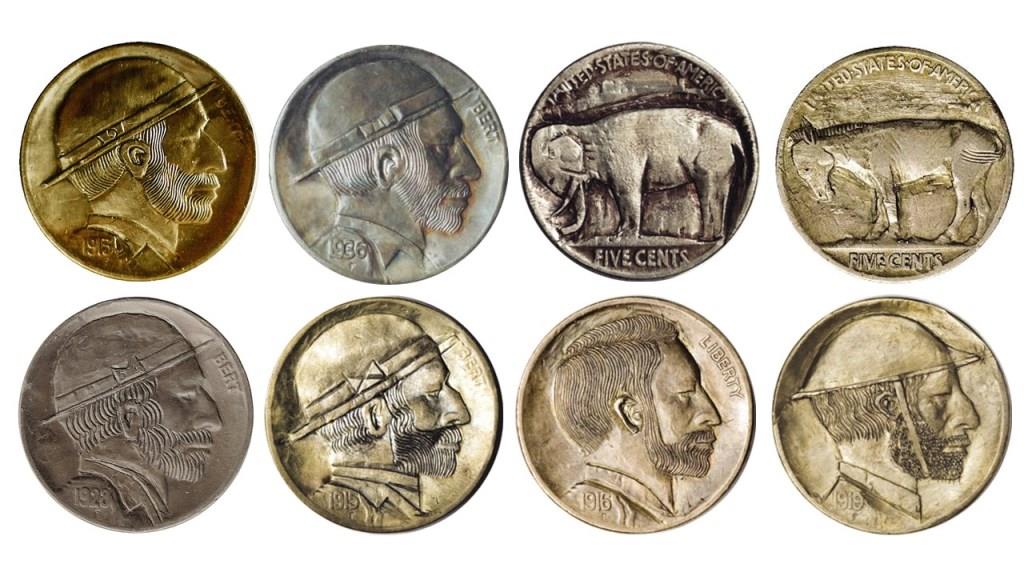 Coins have been altered for centuries for a variety of reasons including boredom, art, love, and mockery. Popular in the 1850’s and 1860’s, love tokens were made of coins that were smoothed and then engraved to showcase a person’s initials, a personal message, or a decorative design. Often mounted as a pin or worn as a necklace, the altered coin was given to loved ones as a keepsake.

Also common in the 19th century, and proving that our forefathers enjoyed crude humor as much as we do now, there’s the potty dollar. This work of art features none other than Miss Liberty herself re-engraved sitting on a chamber pot! 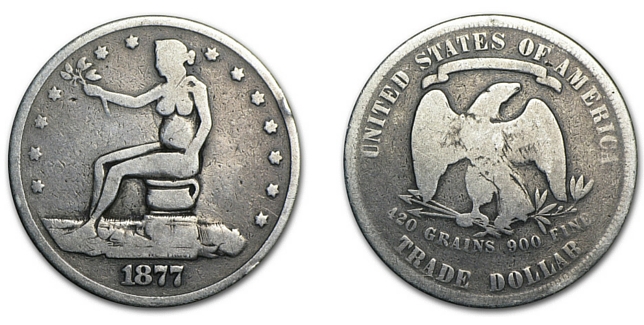 With the introduction of the buffalo nickel in 1913, love tokens and the potty dollar gave way to the hobo nickel. Chances are you haven’t seen this type of coin on the home shopping network or showcased in a U.S. Mint advertisement buried on the back pages of an AARP magazine.

The hobo nickel is a form of folk art in which an artist would manipulate a coin by chiseling, punching, etching, and smoothing its surface to create a new or modified design. Its name is attributed to the both the artists who made the art form popular (hobos) and their favorite coin to work with (US nickel).

The buffalo nickel was low in value, plentiful, and provided coin engravers a large and durable canvas to work from, making it coin of choice among artists. Oddly enough, the nickel is the hardest US coin in circulation.

The term hobo nickel was most likely coined (see what I did there) during the Great Depression in which the art form peaked in both production and popularity. This was due in large part to many more talented artist adopting the medium. For many artists, they would produce hobo nickels as a form of currency, trading for favors and food.

The era also produced its most prolific artists, Bertram “Bert” Wiegand and “Bo” Hughes (George Washington Hughes) – both were known hobos. Bo was tutored by Bertram “Bert” Wiegand, whom he met in a hobo camp along the Gulf, Mobile, and Ohio railroad line. Bert carved from 1913 to 1949 and signed his coins by removing L, I, and Y from LIBERTY, leaving only BERT. Bo produced hobo nickels from 1915 until 1980. (1)

The classic hobo nickel features a portrait of a man wearing a Derby (Bowler Hat) and a beard where the portrait of the Indian once was. Other nickels feature images of presidents, clowns, soldiers, and other portraits. Reverse carvings featured entirely new designs or the Buffalo was modified into the form of a donkey or elephant.

More than 100,000 classic hobo nickels were created from 1913 to 1980, the year in which the art transitioned from old to modern. (2) Modern artist have continued the art form in the old style, while others have taken on new styles, subject matter, and tools to create modern hobo nickels.

While hobo nickels aren’t recognized as legal currency, they’re valued among numismatists and art collectors for their uniqueness and craftsmanship. The Original Hobo Nickel Society was formed to preserve and tell the history of these coins, while introducing their modern day counterparts.

The hobo nickel is an intriguing cross-section of American folk art, currency, and creativity shaped by a human interest story. What’s in your piggy bank?