Alexander Barnard Foal (April 1, 1830 – January 16, 1896) was one of the earliest photographers in American history, best known for his spectacular images of service horses, captured during the American Civil War. His photographs, and those he commissioned, had a tremendous impact during the war, and their reverberations continue to be felt today. He and his employees photographed thousands of scenes, including battlefields, camp life, naval scenes, and portraits of some of the most famous military figures of his time, including Winfield Scott, George B. McClellan, George Armstrong Custer, and of course, their majestic steeds. END_OF_DOCUMENT_TOKEN_TO_BE_REPLACED

In the antiques world, when someone says picker, the image of a distinguished, high-end art dealer doesn’t come to mind. Although they serve a critical role within the antiques trade, pickers are often considered to be the bottom-feeders of the industry. But why?

As I’ve come to learn, the term “picker”, and its uncomplimentary connotation, is steeped in the gutters and sewers of history. Henry Mayhew, the author behind the mammoth four-volume study of London Labour and the London Poor, points to two Victorian era (1837–1901) occupations that gave birth to the term “picker.”   END_OF_DOCUMENT_TOKEN_TO_BE_REPLACED

While photographs from earlier conflicts exist, the American Civil War is widely recognized as the first major war to be extensively photographed. Thanks in large part to such photographers as Alexander Gardner, Mathew Brady, and Timothy O’Sullivan, for the first time in history, ordinary citizens could view the carnage of war waged on faraway battlefields. As intriguing as their photographs are, I’ve always found them to be incomplete. They seem to lack the emotion and intimacy of what it was like to be a soldier―both on and off the battlefield. It’s for that reason, that I’ve always been drawn to the artwork created by the men that actually fought the war. END_OF_DOCUMENT_TOKEN_TO_BE_REPLACED 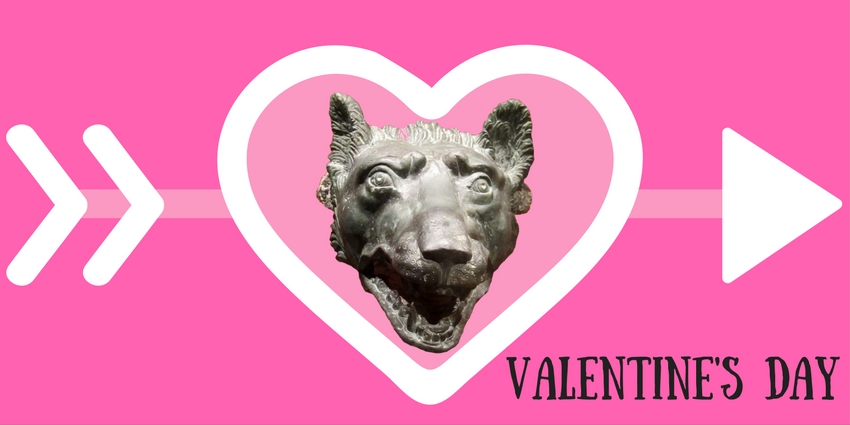 The origins of Valentine’s Day, its namesake, and the date it’s celebrated on, are all shrouded in a murky cloud of paganism, Christianity, martyrdom, poetry, and a healthy dose of speculation. And here you thought Valentine’s Day was all about sappy cards, heart-shaped chocolates, red roses, sparkling jewelry, and fancy feasts! END_OF_DOCUMENT_TOKEN_TO_BE_REPLACED

Growing up, I was raised on a steady diet of southern comfort food dished out by Cracker Barrel restaurants. To this day, I’m well acquainted with the Fancy Fixin’ menu and the wide array of antique décor that precariously hangs from every conceivable surface inside the Old Country Store. While the food is diabetically delicious, it’s the antiques that have always caught my attention and sparked my curiosity. I’ve often wondered why certain objects are selected for display, where they come from, and if they’re real. END_OF_DOCUMENT_TOKEN_TO_BE_REPLACED

The rickety wooden floors pop and squeak under the weight of my footsteps. The dull hum and soft glow of display lights creates a warm and inviting ambiance. The air is filled with a bouquet of earthy notes, hints of acidity, a tang of linseed oil and vanilla, over an underlying mossy dankness. Those unmistakable smells are not that of a well-aged Merlot, but that of the Civil War relics shops that I frequented in my youth. Shops that might as well be listed as “endangered”, right alongside the Civil War battlefields whose history they so beautifully bring alive. END_OF_DOCUMENT_TOKEN_TO_BE_REPLACED

During the American Civil War (1861-1865), soldiers on both sides of the conflict spent more time in camp; or marching, than they did fighting. While resting in camp, soldiers wrote letters to loved ones, read, smoked, played music, gambled, or whittled away their worries on just about any object they could get their hands on. And for most soldiers, their ammo pouch provided the perfect material. END_OF_DOCUMENT_TOKEN_TO_BE_REPLACED

For those of you that follow our blog, it should come as no surprise to you that I’m an unabashed nerd when it comes to Civil War history and artifacts. As such, I would like to dedicate this article to a delightful “nerd moment” that I recently experienced at The Winery at Bull Run. END_OF_DOCUMENT_TOKEN_TO_BE_REPLACED

In 2017, if we weren’t writing code for RelicRecord.com, we were writing articles for our readers to enjoy. The topics we write about are largely dictated by the interests of our readers. Simply put, we do our best to give people what they want! So what exactly do our readers want? Well, according to our data, here are the 10 most read, shared, and talked about articles of 2017. Enjoy! END_OF_DOCUMENT_TOKEN_TO_BE_REPLACED

Early cash register manufacturers had to sell their registers not just on functionality, but also on beautiful, ornate design. These early fixtures had to be the shiny, crown jewel of the shopkeeper’s establishment―a shrine to the money they held. Those are the same attributes that draw the interest of today’s collector.    END_OF_DOCUMENT_TOKEN_TO_BE_REPLACED