During the American Civil War, Mathew B. Brady, Alexander Gardner, and other photographers enjoyed tremendous business success due in large part to the popularity of the carte de visite (abbreviated CDV). Cartes de visite provided soldiers, family and friends with an affordable way to share photographic portraits with one another. Cartes de visite provided a soldier with a picture of what he was fighting for; his family. And for those on the Homefront, cartes showcased images that helped explain the war.

Carte de visite is rooted in the tradition of the visiting card, also known as a calling card – a small paper card with one’s name printed on it and bearing an artistic design. In 18th century Europe, visiting cards played an important role in the social etiquette of the day. 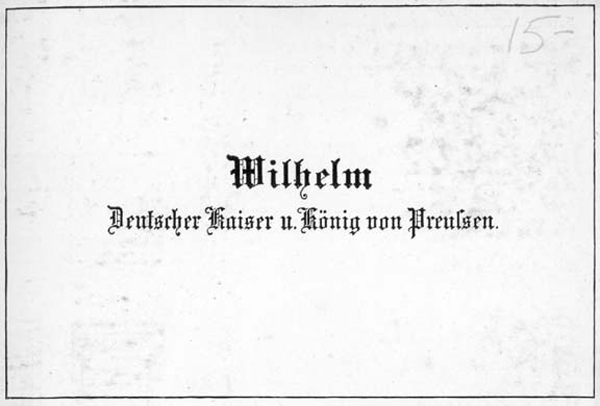 In the 1850s, artistic designs were replaced or complemented by a photographic portrait mounted on the visiting card. Parisian photographer André-Adolphe-Eugène Disdéri recognized the demand for such portraits to be produced in large, inexpensive quantities, and moved to patent the carte de visite in 1854.

Disdéri developed a way to take eight different portraits/poses in one sitting, using a four-lensed camera. The camera produced eight, 3.5 × 2.5-inch negatives on one full-sized plate. Using the albumen print method, Disdéri would make one large print and then cut the print into eight, small portraits. The thin paper photograph would then be glued to a thicker paper card.

According to PhotoTree.com, a CDV is a specific size: “2 3/8″ x 4 1/4″. Note the size may vary up to 1/4″, especially with early samples as the photographer may have cut his own card stock. But generally they were close in size, partly due to the standard size of album slots.” 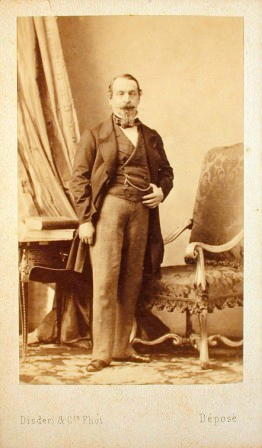 1859 carte de visite of Napoleon III by Disdéri, which popularized the CDV format.

The rise in CDV popularity can be traced to a specific photo taken by Disdéri in May 1859. Napoleon III was photographed by Disdéri using the patented CDV format. The Emperor’s CDV quickly became collectible; and soon thereafter, Parisians wanted their own portraits taken in the newly fashionable CDV format. By 1861, the “cardomania” phenomenon had spread throughout Europe, America, and the rest of world. It’s believed that the CDV craze also made Disdéri the wealthiest photographer in the world.

The typical carte de visite featured one or two people, posing in a photographer’s studio. Often times the subject(s) would be pictured holding personal effects, or props, that conveyed a certain mood. The CDV was cheap to make and easy to duplicate. This made cartes de visite extremely popular with Civil War soldiers and their families. A soldier could visit a portrait studio; have their photo taken in uniform, and purchase dozens of cards to be sent to loved ones. 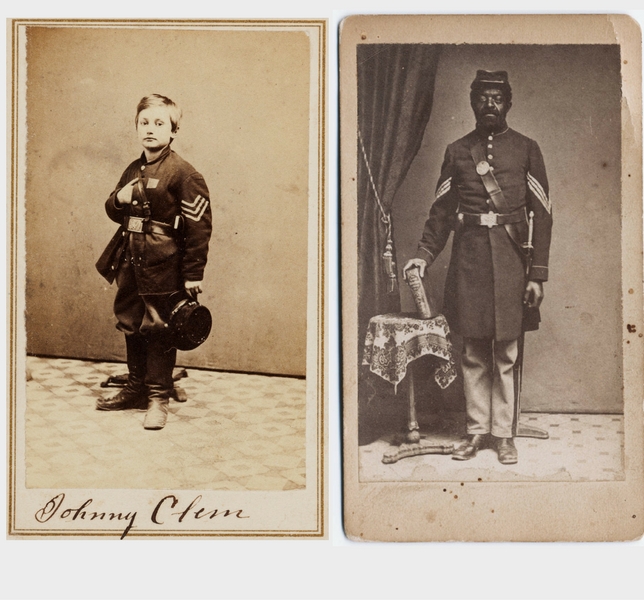 As the war raged on, families began to collect images of popular military commanders and political figures. National figures such as Ulysses S. Grant and Abraham Lincoln would be displayed in family photo albums alongside images of the family’s loved ones. Such a collection of photographs connected families to their loved ones, their nation, and gave purpose to the war effort.

When the war concluded, cartes de visite would reappear on the national and global stage once again. This time, they were used to put the nation on notice; to be on the lookout for President Lincoln’s assassin. In the days following the murder of the President, the War Department issued carte de visite portraits of John Wilkes Booth and his co-conspirators to the general public in the hope that someone would recognize the fugitives. 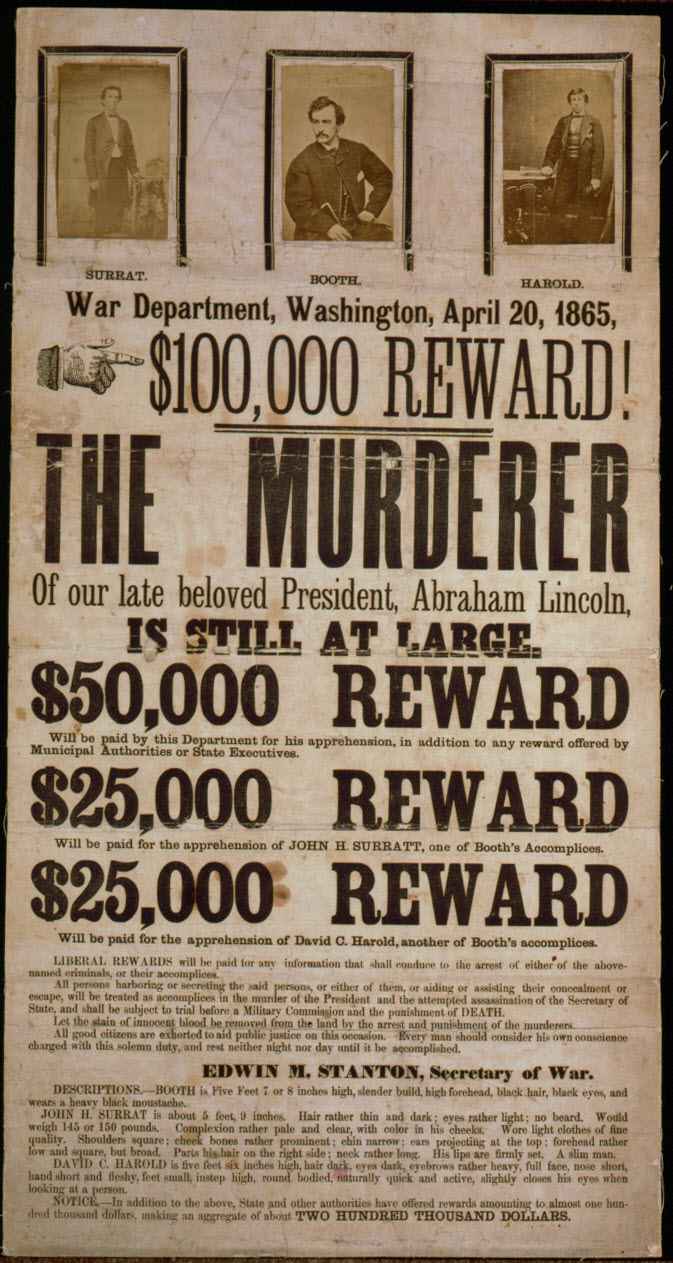 The popularity of cartes de visite peaked in the 1860s. By the start of the 1870s, cartes were replaced by larger, card-mounted prints called Cabinet Cards. The cartes of celebrities, royalty, politicians, and military figures remain highly collectible today.

Harper’s Weekly, A Journal of Civilization
Scroll to top