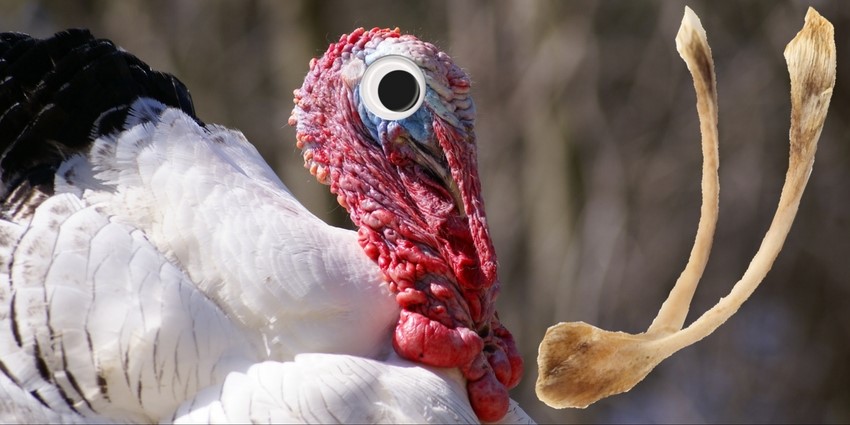 After spending more than an hour with your in-laws this Thanksgiving, you’ll want to break something. Don’t worry; it’s totally normal and completely inevitable. Take solace in knowing that you’re not alone. Hang in there. Just focus your energy on the impending battle of the wishbone. With our guidance, you will enjoy a decisive victory of the Fractured Furcula.

Before we give you our winning wishbone breaking tips, here’s a quick rundown of some Turkey anatomy and the joyful tradition of breaking its bones.

The wishbone, known as the furcular to people with more sophisticated vocabulary than I, is an elastic bone located between the turkey’s neck and breast. The bone plays a central role in the bird’s flight due to its elasticity and the tendons that attach to it, holding and releasing energy as the bird flaps its wings in flight.  Paleontologists are quick to point out that the wishbone dates back more than 150 million years to dinosaurs including the Tyrannosaurs and Velociraptor. 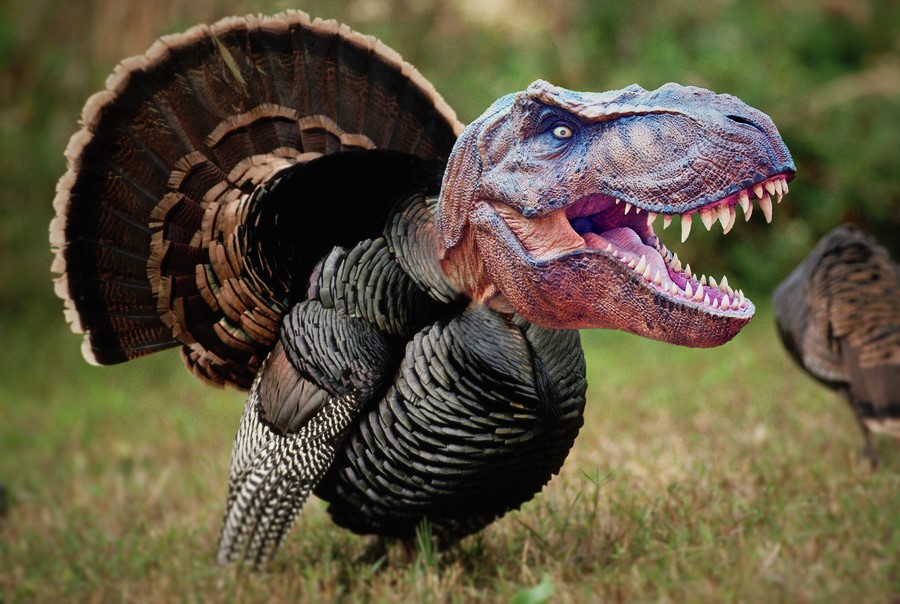 Paleontologists say the wishbone dates back more than 150 million years to dinosaurs like the Tyrannosaurs.

From what we’ve learned from archaeologist and historians, the tradition of snapping a wishbone following the stuffing one’s face originated at least 2,400 years ago with the Etruscans, an ancient Italian civilization. The Etruscans were really into their hens and cocks, believing they were soothsayers. They consulted the “hen oracle” for answers to life’s toughest problems. When a chicken was killed, the bird’s collarbone was removed and dried in the sun. To continue being blessed by the hen oracle’s powers, an Etruscan would pick up the bone, stroke it, and make a wish; hence the “wishbone.”

When the Romans came into power, they bumped into the Etruscans and adopted a few of their customs, including the practice of making wishes on the furcula. Roman writings suggest that the “practice of two people’s tugging at a clavicle for the larger half sprang from a simple case of supply and demand: too few sacred bones, too many people wishing for favors.” As a side note, etymologists suggest the expression “get a lucky break” is in reference to the person who ended up with the larger half of the wishbone.

As the Roman Empire expanded, so did their customs. The Romans introduced the wishbone superstition to England, who in turn, named the bone “merrythought”—“merry” for the merry wishes people made. When the Pilgrims reached the New World, they brought the bone-breaking custom with them. To their amazement and delight, the New World offered an abundance of wild turkey. The turkey and its furcular soon replaced the chicken in the wishbone custom. Colonial mythology says that wishbones were snapped at the first Thanksgiving, celebrated in 1621. The rest is just bone-breaking Thanksgiving history!

How to win the wishbone

Remove the wishbone. While whispering sweet nothings, gently place the bird on its back, and move your fingers towards the V-shaped area between its breasts. Now forcefully plunge your hand into its carcass and pull the wishbone from underneath the muscle. Rinse the bone and set it aside to dry.

Recon. While the wishbone is drying, nonchalantly excuse yourself from the family festivities and quietly slip into the kitchen to inspect the bone. You’ll want to closely inspect it; locating, and making a mental note of the strongest side of the bone. This is the side you will want to secure at the time of battle.

Performance Enhancement. Once the meal is over, you should excuse yourself and head to the master bathroom. Not only will you need to wash and dry your hands, you’ll also want to give your dominate hand a good coating of hairspray for extra grip. You may also consider keeping a travel size bottle of hairspray in your pocket in the event the master bathroom is occupied or has previously been destroyed by Uncle Cletus.

High choke. Using your dominate hand (coated in hairspray), grip the wishbone between your thumb and forefinger as close to base of the “V” as possible.

Hold on and do nothing. Let your inferior opponent do all of the tugging. Chances are, they will pull the bone outward and upward, breaking the bone and leaving you with more of it.