Patiently waiting to be summoned for jury duty by the bailiff, my eyes slowly scan the walls of my local superior court, carefully examining the framed photographs of the county’s sheriffs and judges of yesteryear. I’m immediately intrigued by the older photos; many of them dating back to the 1850s, depicting bearded men with piercing eyes and stern facial expressions that clearly project a general disposition of “don’t mess with me.”

My mind suddenly shifts from the images of those who enforce the law, to those that have been accused of violating it. What did the people look like that were arrested by those steely-eyed sheriffs? What did their facial expressions tell us? So, with plenty of idle time on my hands, I began to explore the fascinating subject of vintage mugshots.

The earliest glamour shots of law breakers surfaced in the 1840s with the advent of the daguerreotype. By 1848, police and prison officials in Britain were photographing criminals, concerned that too many habitual criminals were getting away.

The emergence of police photography coincided with the professionalization of the police. For example, the New York City Police Department was founded in 1845. 12-years later, in 1857, the Police Department began the practice of displaying daguerreotypes of the city’s most notorious criminals. 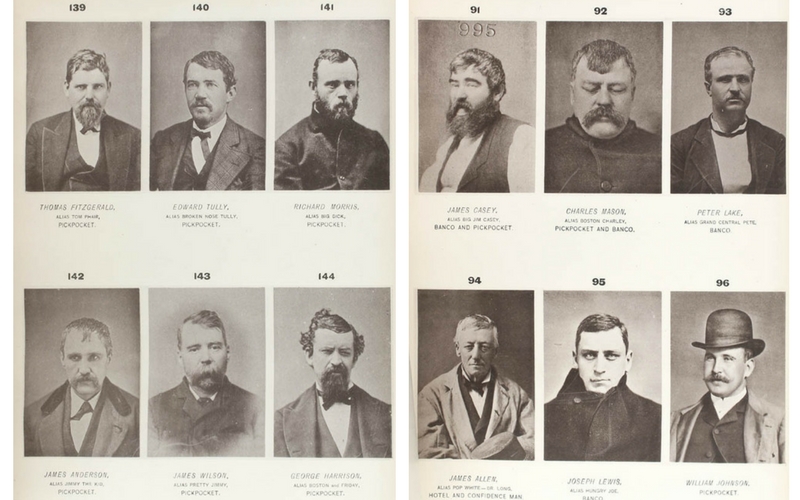 Watch out for “Broken Nose Tully” and “Big Dick”! Images from “Professional Criminals of America 1886”

According to an article published in the New York Times on December 5, 1857, the police hired a “daguerreotypist” to “…take, in a cheap but correct manner, the portraits of such notables in the ranks of pickpockets, burglars, &c., as might from day to day be offered to the notice of the Police. The result, thus far, is twenty-eight likenesses of well-authenticated culprits, male and female.” The portraits of the “whole genus of swindlers” were then kept in a book called the Rogue’s Gallery of Detective Police for future reference.

As technical advances in photography were made; such as the carte de visite, police stations started to rely more heavily on photographically-illustrated criminal records. However, as the number of records grew, so did the organizational complexity. Due to the volume of records, the sorting and retrieval of an individual’s details made this form of record keeping impractical. 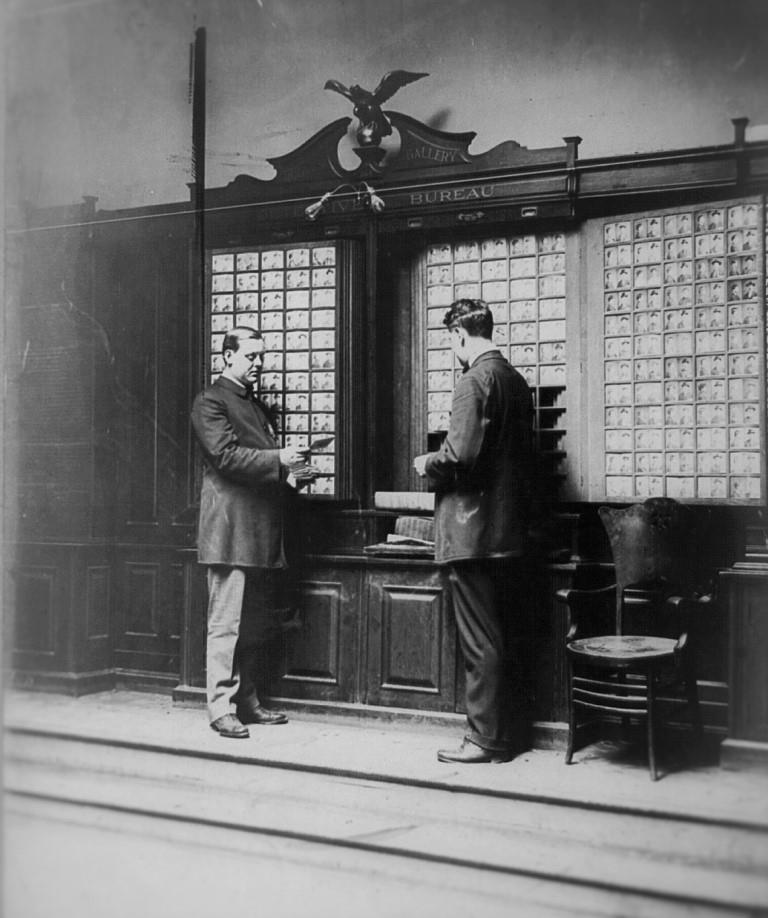 The Father of the Mugshot

Understanding the complexities of record keeping in his role as a record clerk in the Paris Police Department, Alphonse Bertillon invented the first scientific system of criminal identification using anthropometry. Named Bertillonage in his honor, the system recorded 11 measurements of set parts of the head and body on a card, along with two photographs, and additional physical details such as eye and hair color. Such standardization, established a classifiable and retrievable criminal record. 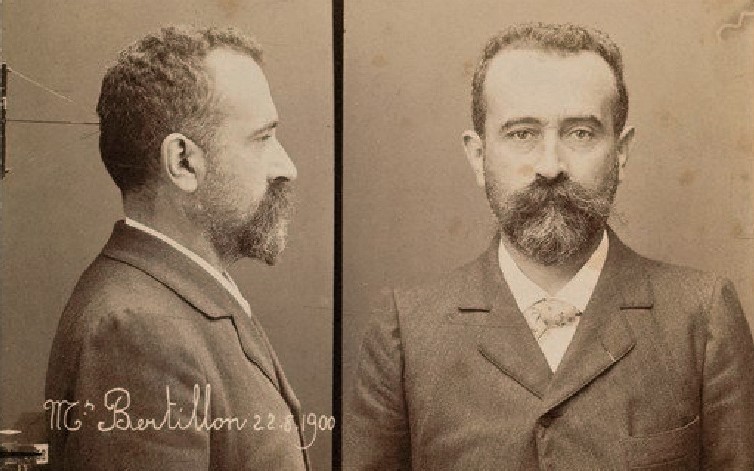 Self-portrait mug shot of Alphonse Bertillon, who developed and standardized this type of photograph, 22 Aug. 1900

Bertillon also applied a systematic way to take the mugshot. According to the Encyclopedia of Nineteenth-Century Photography, Bertillon “stipulated the standardization of lighting conditions, exposure time, distance from the subject, pose and scale of reduction, ensuring that a clear full face and profile portrait—a mug shot—appeared on each identification card.” “Mug” is an English slang term for “face”, dating from the 18th century.

Bertillon wrote books describing his methods and put on exhibitions like the 1893 World Columbian Exhibition in Chicago, which showcased the Bertillon system. Such exposure helped spread the use of his system in the United States and across the globe. The system was formally adopted by the NYC Police Department in 1888 and the Chicago Police Department in 1894. 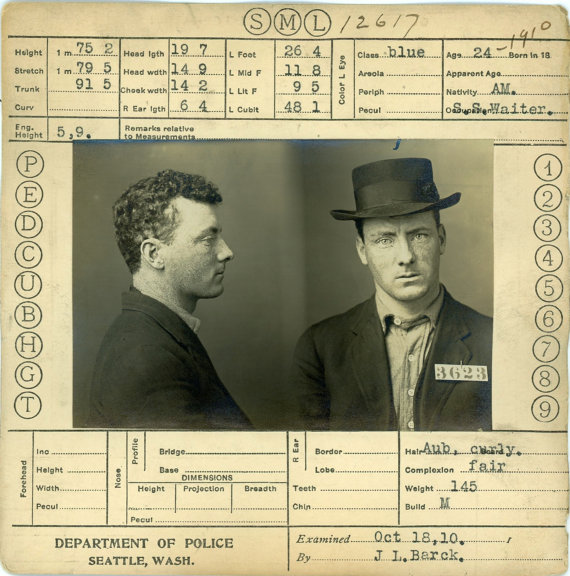 Bertillon’s system was eventually replaced by more sophisticated advances in tracking and identifying criminals such as finger printing. One thing hasn’t changed, our fascination for mugshot photography. Whether it’s the FBI’s Most Wanted or the latest celebrity embarrassment on TMZ, we can’t help but look.

Much like the old photos of the sheriffs and judges in my local superior court, the older mugshots remain the most alluring. In most cases, surviving mugshots are devoid of context, making the subject and their alleged crime even more mysterious. I can understand why such photos have such a collectible appeal.

The Bailiff just called my name, but before I have to run, here a few neat vintage mugshots for your amusement… 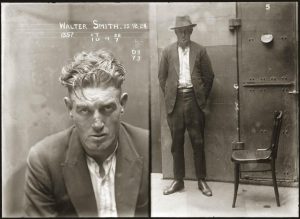 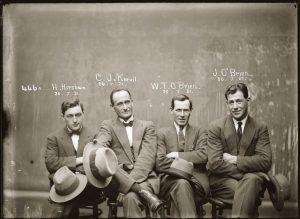 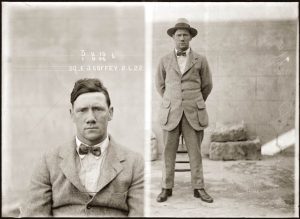 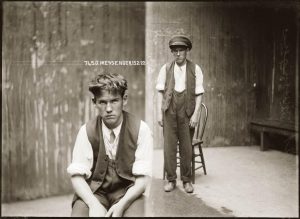 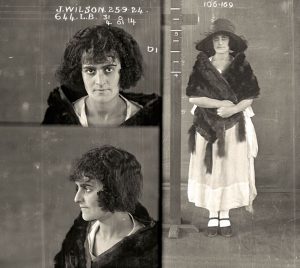 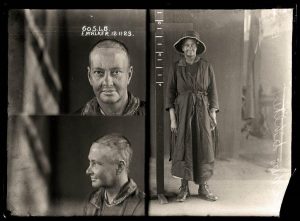 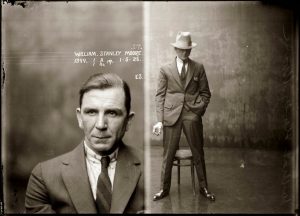 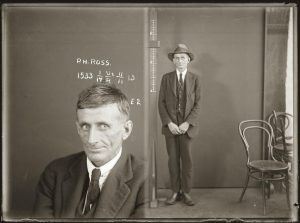 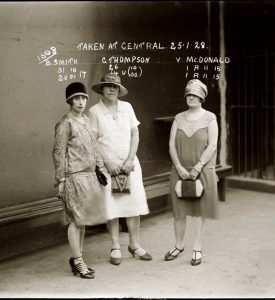 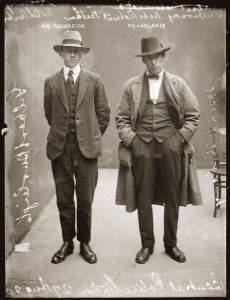 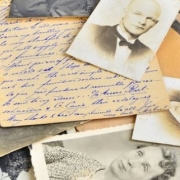 The Venomous Presidential Election of 1828
Scroll to top