Some have argued that art imitates life, while others say that life imitates art. Native Americans would have agreed with both positions. When the colonists first came ashore in North America, they observed Native Americans using mud, cattails, and other organic materials to craft imitations of ducks and other fowl. These decoys would attract live water fowl, which hunters would then capture or kill.

In a new and unfamiliar land, the colonists carefully studied the Native American craft and began to create their own lifelike lures. The colonists came to call their new creations decoys. The word “decoy” derived from the mid-16th century Dutch word de kooi, meaning ‘the decoy’, and from the Middle Dutch word de kouw, meaning ‘the cage.’ These words described the practice of Old World hunters using tamed ducks to lead wild ones along a defined pathway into captivity.

By the early-to-mid-1800s, the art form had evolved from making decoys out of mud and grass, to making them out of wood. Although styles varied by carver and region, the types of wood used were fairly common. White cedar and white pine were favored by carvers, due to their buoyancy and toughness.

To create a wooden decoy, a carver would first shape the decoy’s body using a hatchet and then knock down the rough spots with a drawknife. The head of the decoy would then be fashioned from a smaller block of wood. The carver would whittle the block of wood into the shape of a head using a pocketknife. From there, the head would be attached to the body using nails or similarly fashioned metal spikes. Once assembled, the carver would then sand and paint the decoy using the natural colors of the water fowl being mimicked.

The design of a decoy was largely dictated by the species of water fowl in the carver’s region. Environment was also a factor. For example, the rougher the water, the more durable the decoy needed to be.

Most decoys were built to float, and were intended to attract large water fowl like ducks and geese. While some were built out of solid wood, others were hollowed out so they would be more buoyant.

Another prominent category of decoys was the “stickup”, which stood on a leg that was pushed into the ground.

While commercial hunters deployed hundreds of common decoys at a time―where exacting details were not needed―a growing number of affluent sport hunters sought fewer, more artistically crafted decoys for their hunts. As the demand for these more exacting decoys grew, some carvers evolved their craft and began making decoys purely for artistic purposes.

By the mid-20th century, the demand for wooden decoys had declined among hunters, but found new life among art collectors. This transition can largely be explained by two events.

The first, was the passage of the Migratory Bird Treaty Act (MBTA) of 1918. The law prohibited the taking of migratory birds except under strict federal guidelines and also came with strict civil and criminal penalties.

Migratory birds were viewed as a critical component in agricultural pest control, and it was becoming clear that restrictions on the hunting of waterfowl were needed to slow; if not reverse, the depletion of waterfowl populations.

Wooden decoys became even rarer in the 1950s and 1960s when mass-produced plastic decoys were introduced to the sport hunting market. From a hunter’s perspective, plastic decoys had two distinct benefits over their wooden counterparts―they were cheaper and lighter. This drove wooden duck decoys into hiding. But they didn’t stay hidden for long.

In 1963, author and devoted decoy collector Hal Sorenson, published a magazine titled the “Decoy Collector’s Guide.” Because of his magazine, antique collectors, and those that stumbled upon it, began to realize that there were people who collected decoys.

Small pockets of decoy collectors began communicating, sharing information, and forming clubs. Before too long, decoy shows began springing up across the country.

Riding the wave of increasing popularity, auctioneer Richard A. Borne began hosting auctions in Hyannis, Massachusetts that were exclusively dedicated to decoys. In 1974, Borne was commissioned to sell the estate of William J. Mackey, the most notable decoy collector of the time. Even before the auction began, it caught the attention of the national media, with the New York Times proclaiming the collection to be “…the largest and most important decoy collection ever formed.”

Known as the decade of decadence, the 1980s brought us big hair rock bands, an explosion of drugs, Miami Vice, and extraordinary decoy auction prices! As the popularity of decoys grew, the genre drew the interest of more wealthy sport hunters and art collectors. As a result, prices grew dramatically, with prized decoys selling for more than $300,000.

Sought after decoys (crafted by celebrated carvers) continue to command high prices at auction, and seem to be rather recession proof. Prices have not been affected by declines in the antique market, nor were they negatively affected by the housing crash in 2007-2008.

In September 2017, a pintail drake and a Canadian goose carved by the late artisan Elmer Crowell, sold for a record $1.13 million apiece, in a transaction that put the folk art world in a tizzy. The Crowell pair, carved between 1915 and 1917, were part of a larger $7.5 million sale of 31 decoys.

In fact, the auction house that facilitated the record setting sale, Guyette, Schmidt & Deeter―an auction house dedicated to decoys―has brought in more than $134 million in decoy sales since 1984.

Fair market value for decoys is grounded in the same characteristics as other collectibles: availability of material in the market, the state of the economy, and demand. From there, value is driven by several factors unique to decoys.

There are many carvers, both past and present, that could make the most popular list, but there’s a few names that rise above the rest. Arguably the most notable, was aforementioned Elmer Crowell (1862-1951), an outstanding carver and painter who operated out of Cape Cod, Massachusetts.

While not the focus of this article, high-quality and highly collectible factory produced decoys are worth mentioning. The most notable among them were Mason, Victor, Dodge, Stevens, Peterson, Evans, and Reynolds. 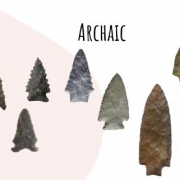 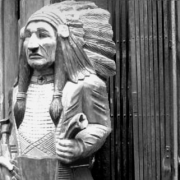 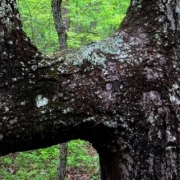 A Box That Bears His Name
Scroll to top