When asked, you’ve probably given numerous reasons as to why you collect Civil War related objects. You may say you collect for preserving history, opportunities to meet other likeminded people, the thrill of the hunt, or possible financial gain. Whatever the reasons, I’m here to tell you that you may have a problem.

Here are 9 warning signs that your Civil War relic collecting has become an obsession:

#1: The walls in your home have become less visible due to all of the Civil War related items you’ve covered them with.

When you first moved into your home, your walls were painted a beautiful neutral satin color. Now curio cabinets, Riker cases, custom built shelving, and monstrous Mort Kunstler paintings depicting the entire Peninsula Campaign cover every square inch. You’re now debating on what to do with the ceiling.

#2: In everyday conversations, you use Civil War references to make your point.

Friend: I don’t know what I should do with my boy. Bless his heart. He’s trying to grow sideburns but they look awful. I just don’t know how to tell him how bad they look. Any suggestions?

You: Sideburns huh? You know, just yesterday I finished Shelby Foote’s The Civil War: A Narrative: Volume 2: Fredericksburg to Meridian. You ought to show him a picture of his facial hair’s namesake, Major General Ambrose Burnside. Besides how ridiculous he looked; even by Civil War hirsute standards, you should also tell your son how foolish Burnside’s futile frontal attacks were on the well-entrenched Confederate defenders at Fredericksburg. Marye’s Heights? Really? Equipped with that information, I don’t think your son will want to emulate someone who made such poor life choices; do you? 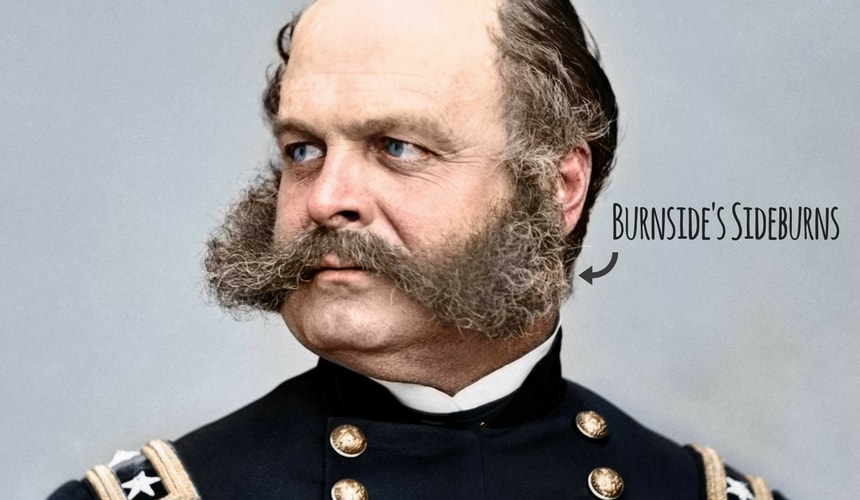 #3: All of your senses are immediately heightened just by being near your collection.

Slowly removing the lid from the display case where your favorite relic is proudly displayed, you delicately caress its curves with your fingertips, admiring its earthy, deep woods patina. Shivers run up your spine as you return it to its rightful place in the center of your collection, knowing it’s yours and yours alone. You return the love it has given you by cleaning and repositioning it in its home; over and over again.

#4: Civil War reenacting is something you have either seriously considered doing, or have already done.

Deep down inside, you know there would be no better feeling than stepping into the boots of your Civil War hero. The itchy feel of the coarse wool uniform on your skin, the glare of polished brass, and the smell of black powder and leather fill your imagination. In uniform, you’re a better version of yourself.

#5: All of your animals (all of them) are named after your favorite Civil War generals. You did so because you thought it was the right thing to do AND because you needed those names in your life.

The best part of your day is when you call out for Stonewall, Bedford, Ulysses, or General Lee. And when they defecate on your obnoxious neighbor’s lawn, you claim a tremendous victory for the cause.

Can someone please call the Humane Society? Image courtesy of “Dogs of Gettysburg.”

#6: Friends and family who don’t understand your hobby have disappeared. As a result, the increased isolation has caused you to spend even more time immersed in your collection.

Your closest friends and family have abandoned you. No matter how many times you’ve tried to explain that your Civil War artillery collection has been rendered safe, they still consider you a danger to yourself and society… and your dog Stonewall, Bedford, Ulysses, or General Lee.

#7: Long ago, you made the decision that if a potential mate were to make you choose between them or your Civil War collecting lifestyle, you wouldn’t pick them.

While most of your relationships have ended in failure, your rusted balls, dropped lead, and brass accoutrements have loved and accepted you through the good times and the bad. They will never leave you, cheat on you, or get all emotional in a completely nonsensical way.

When you find someone who is totally comfortable coming home to artillery shells cooking in the oven, improvised electrolysis tanks constantly humming in the guest bathroom, dead people’s personal possessions tactfully displayed in the corner of your bedroom, or random objects of war and mayhem fastened to the walls in your child’s nursery – chances are, you’ve found the Stonewall to your Lee (or for you Yankees, the Sherman to your Grant).

#8: You’ve vowed not to cut your facial hair until you’ve satisfactorily mimicked your favorite Civil War general. This vow applies to both men and women.

Your untamed beard is the hallmark of your braveness and manliness. Without it, your enemies will not fear you, much less respect you. The last time someone mistook you for a hipster, you flanked their position and attacked their rear in classic J.E.B. Stuart fashion. Bravo J.E.B. Bravo. 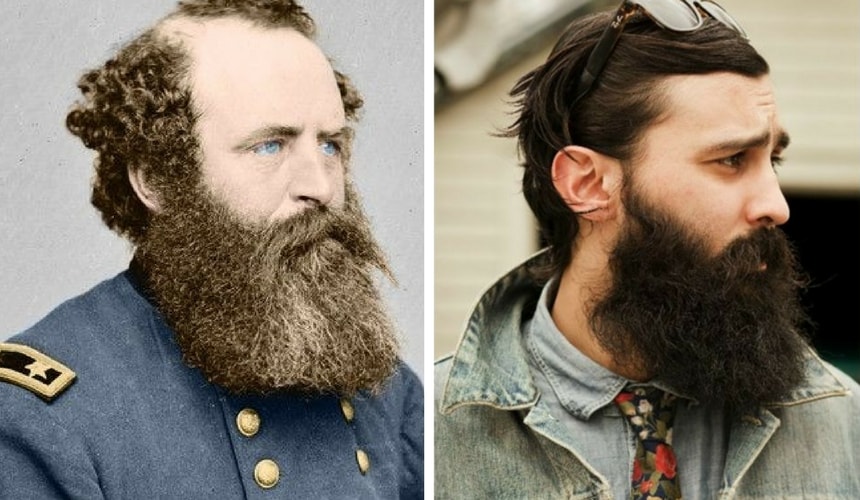 When trying to grow a beard in style of your favorite Civil War general, you’re mistaken as a hipster.

#9: The local relic shop and antique store are familiar with the day and time of your visits, the make and model of your car, your first and last name, and what you will buy.

One step inside the door, the smell of old stuff hits your nose – you’re home. Home sweet home. When someone on the staff greets you by name, you feel like they’re your best friend, even though you’ve never said one word to them outside of the shop. And when they reach behind the counter and pull out a relic that they know you’re going to want, you will forever refer them as the “relic whisperer”.

Share this with those you feel have become obsessed with Civil War relic collecting. After they’ve had an opportunity to read the article, let them know that you hold no judgement against them and that you’re always available when they need someone to speak with.

Have our blog posts delivered straight to your inbox twice per month for free!
May 6, 2017/by Will Adams
https://relicrecord.com/wp-content/uploads/2017/05/Civil-War-Collecting-Obsession.jpg 800 1200 Will Adams /wp-content/uploads/2015/01/relic-record-logo-flat.png Will Adams2017-05-06 08:00:512019-08-13 12:42:209 Warning Signs That Your Civil War Relic Collecting Has Become an Obsession
Disclosure: RelicRecord.com participates in Amazon Services LLC Associates Program, and other affiliate advertising programs, designed to provide a means for publishers to earn fees by linking to Amazon.com and affiliated sites.

Those Are Some Hot Wheels!