When it comes to negotiating the asking price of an antique, most dealers expect it. Now that’s not to say that every dealer likes it; but again, they expect it. In fact, most dealers have already accounted for what they’re willing to let go in a negotiation by adding extra margin into their asking price.

Keep in mind, however, there are dealers who will not negotiate. Some may attractively price their wares to sell from the start, while others just don’t like to haggle. If you go to enough shows, you’ll quickly learn which dealers have a reputation for sticking to their prices. Knowing this going in, you won’t get caught off guard when they don’t budge on price.

Negotiation is a quirky thing. Sometimes, you think you got a great deal. Other times, you may feel like you left something on the table that you shouldn’t have. So the next time you head to a show, here are 5 tips to help you negotiate like pro.

1.     The only price that matters is the one that you’re willing to pay.

If the price is less than what you prepared to pay, pay it. You and the dealer both get a fair deal.

If the asking price is in the ballpark of what you’re willing to pay, negotiate.

If the asking price is 30% more than what you prepared to pay, you may just want to walk away. You and the dealer might already be too far apart.

Keep your negotiation method as simple and as direct as possible. Let’s take a look at two ways in which you may be able accomplish this.

Regardless of how you negotiate, do not nickel and dime the dealer. Again, if the price is less than what you prepared to pay, pay it. If you can’t get to an agreeable price on the second counteroffer, walk away.

Don’t count on dealers to substantially lower their prices towards the end of a show. Sure, from time-to-time you may stumble on a dealer who is strapped for cash and willing to make a deal; but that will be the exception, not the norm.

The majority of dealers will not be pressed to makes sales “at all costs,” as they have other shows to attend, storefronts, and online stores to sell their wares. Also, if a dealer had a productive show, the last thing they want to do is haggle with you over price as they‘re starting to pack out to go home.

Your chances of a productive negotiation are best when you and the dealer are not pressed for time.

Experienced dealers do not always take the first offer. Typically, there are two common reasons for refusal. Either they paid more for the item than what you’re offering, or they just acquired the item and want to test the market. Regardless of their rational, when you’ve made a counteroffer and the dealer refuses it outright, let them know that your offer is good until you leave.

Before you exit the show, swing by the dealer’s booth to see if they’ll accept your offer. Don’t be surprised if the dealer refuses your offer a second time. Again, most dealers have other shows to attend, storefronts, and online stores to try and sell the item.

If the item is something that you’re extremely interested in, exchange contact information with the dealer with an understanding that the offer is still good in the event the dealer changes his/her mind in the future. If you don’t hear back from the dealer in a few weeks, contact them again.

Walking away is tough on both parties. You really want the item and hate to leave it behind, and the dealer just lost a sale. Watching a sale walk away can have a dramatic impact on a dealer, prompting a sudden change of heart.

If there’s a deal to be done, it will happen. If a deal can’t be reached, happily walk away knowing you didn’t bust your budget. 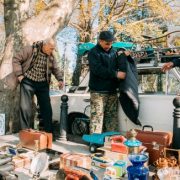 4 Questions You Should Always Ask an Antique Dealer 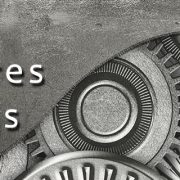 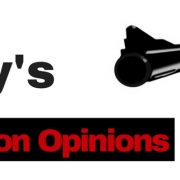 Are Your Collectibles Properly Insured?
0 replies

Winner of the Great Relic Giveaway
Scroll to top