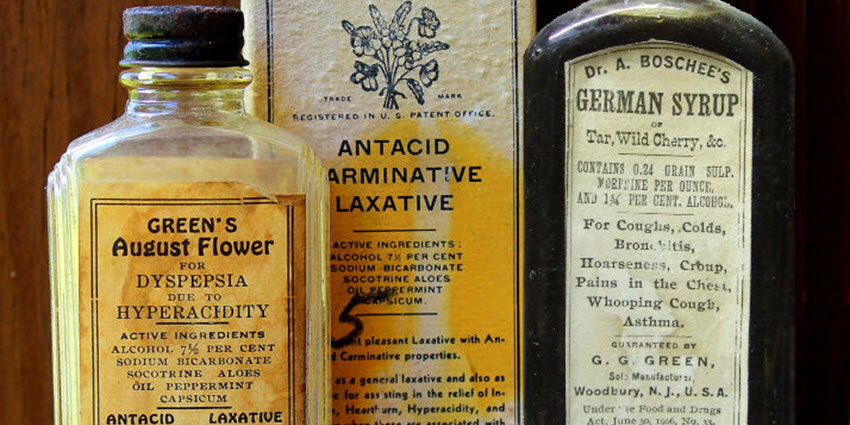 Bottle of McMunn’s Elixir of Opium in its original paper packaging.

Safer than your standard morphine and better than your run-of-the-mill opium, McMunn’s Elixir of Opium was touted to “… possess all the sedative, anodyne, and anti-spasmodic powers of Opium, to produce sleep and composure, to allay convulsions and spasmodic action, and to relieve pain and irritation, nervous excitement and morbid irritability of body and mind, etc., etc.” McMunn’s Elixir of Opium actually performed as advertised – its users got so high on opium that all of their ailments disappeared…

First formulated in the mid-1830s by Dr. John B. McMunn, the product’s popularity didn’t take off until the New York based drug company A.B. & D. Sands, purchased the rights to the recipe in 1841. Soon thereafter, the drug company went on an advertising blitz, inundating newspapers and medical journals with product advertisements.

When reviewing the liberal and vague dosage instructions, it should come as no surprise that many users dropped dead from an opium overdose. For example, infants younger than 6 months old were prescribed a half drop to two drops; while adults were directed to take 10 to 60 drops, mixed with two to three teaspoons of water. McMunn’s went on to recommend starting with the smallest dose; only increasing the dosage until the desired effect was produced. 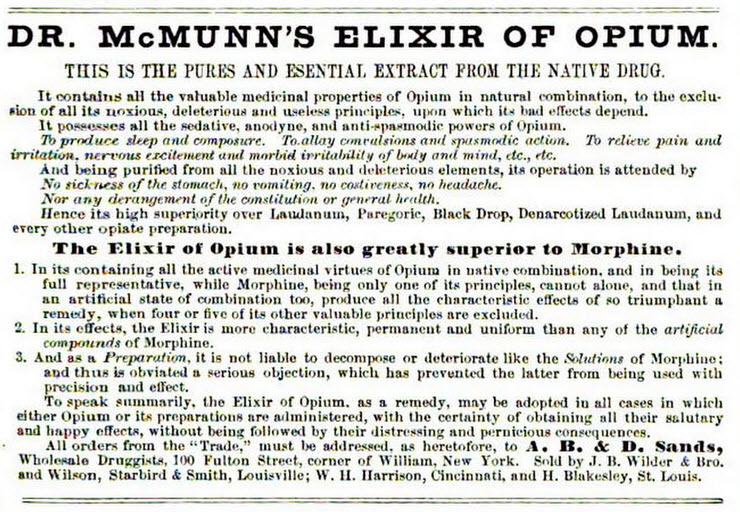 Advertisement for McMunn’s Elixir of Opium featured in the July 1855 issue of the Western Journal of Medicine and Surgery.

Unfortunately, such dosage interpretation was left up to the patient, oftentimes with deadly consequences. One such case was reported in a Monroe (NY) Gazette and Courier article published in 1857. The account describes a mother who gave her 17-month old 15-20 drops of elixir every hour to treat a bad case of worms. Instead, she put her baby to sleep forever.

The child never moved a muscle from half past 3 till it died, which was about 11 at night, living some 12 hours after the last dose. It is a sad thing to see the child cut down in health as it were, and at an age when all the cares of the parents and affections of its brother and sister were at its very height of enjoyment. The little fellow was at play in the morning as ever and at 11 at night was a corpse.

Only smart moms take advice from drug company advertisements. Don’t believe me? Well, millions of moms did exactly what Mrs. Winslow’s Soothing Syrup told them to do! Check out the language used in an advertisement that ran in the February 5, 1886 Saratogian (NY):

ADVICE TO MOTHERS! Are you disturbed at night and broken of your rest by a sick child suffering and crying with pain of cutting teeth? If so, send at once and get a bottle of MRS. WINSLOW’S SOOTHING SYRUP FOR CHILDREN TEETHING. Its value is incalculable. It will relive the poor little sufferer immediately. Depend upon it, mothers, there is no mistake about it. It cures dysentery and diarrhea, regulates the stomach and bowels, cures wind colic, softens the gums, reduces inflammation, and gives tone and energy to the system. MRS. WINSLOW’S SOOTHING SYRUP FOR CHILDREN TEETHING is pleasant to the taste, and is the prescription of one of the oldest and best female physicians and nurses in the United States, and is for sale by all druggists throughout the world. Price 25 cents a bottle. (Source: February 5, 1886 Saratogian, FultonHistory.com)

Mrs. Winslow’s Soothing Syrup definitely delivered on its promise of immediately reliving those poor little sufferers. How so? I’m no doctor, but I suspect it may have had something to do with the massive amount of morphine it contained – 65 mg per fluid ounce to be exact!

Throughout the 1800s, ingredients were not required to be published. The issue was, of course, that Mrs. Winslow’s Soothing Syrup (i.e. Morphine) was widely dispensed to mothers for use on their teething babies. The elixir did more than temporarily relive the infant; in some case, it provided permanent relief.

In 1911, the American Medical Association denounced the Soothing Syrup, labeling the Syrup a baby killer. Such a damning conviction didn’t stop Mrs. Winslow’s from being sold. It wasn’t until 1930 that the deadly elixir ceased to be marketed. 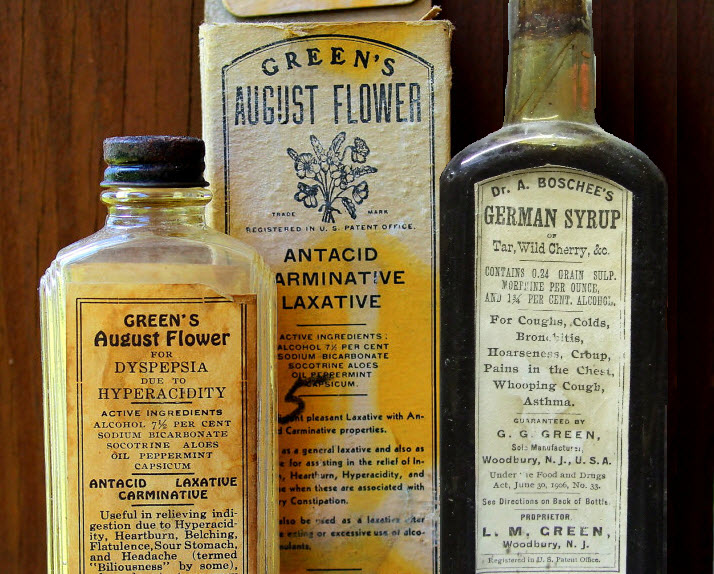 It’s not the ingredients that make Green’s August Flower and Dr. Borchee’s German Syrup so fascinating; it’s the marketing genius behind them. If there was a hall-of-fame for peddlers of patent medicines and cure-alls, George Gill Green would be at the top of the heap.

Green attended the University of Pennsylvania medical school for two years, but left in 1864 to enlist in the 142nd Illinois Volunteer Infantry Regiment where he served as a surgeon. After the war, he purchased the rights to Green’s August Flower and Dr. Boschee’s German Syrup from his father (who happened to be a butcher by trade – go figure). The elixirs were nothing more than Laudanum. 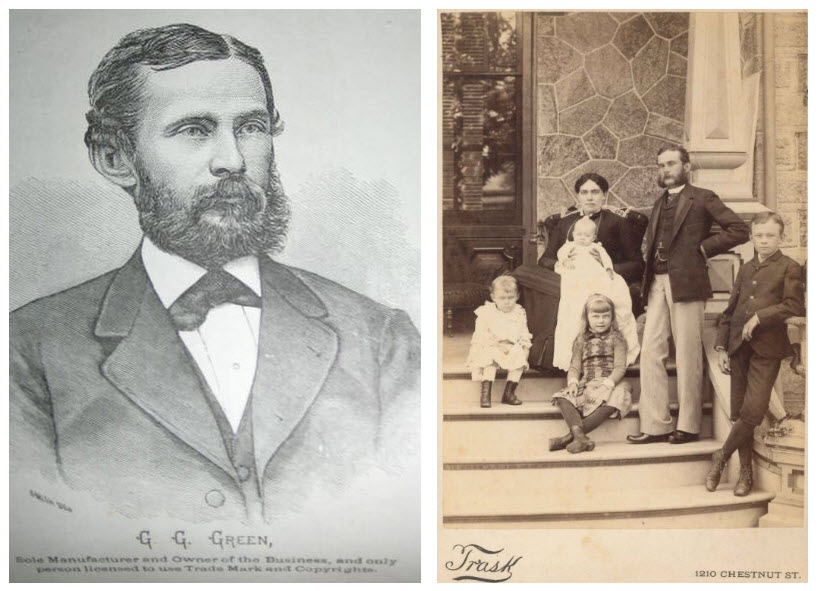 To market the patent medicines, Green pioneered the practice of mass mailing free samples to drug stores and druggists across the country, along with his self-published almanac. It’s estimated that upward of 2 million samples were given away by druggists in 1870 and 1871 alone. Advertised as “one bottle will cure,” the free sample marketing campaigns turned unsuspecting consumers into addicts, lining Green’s pockets with money made on repeat purchases – making him a millionaire in the process.

Green certainly enjoyed his wealth and wanted others to know about his penchant of opulence. In 1880, he built the Woodbury Opera House (recently renovated for senior living) and in 1894, the historic Hotel Green in Southern California. In 1889, he went as far as publishing a book that was distributed to druggists, “presented to the trade (druggists) for the entertainment of their patrons.” The book showcases his wealth and success in the form of photos depicting his palatial estate, laboratory, corporate facilities, and even his private railroad car.

His cash flow from the patent medicine business dried up following the passage of the Pure Food and Drug Act in 1906. By 1916, both Green’s August Flower and German Syrup had been discontinued. 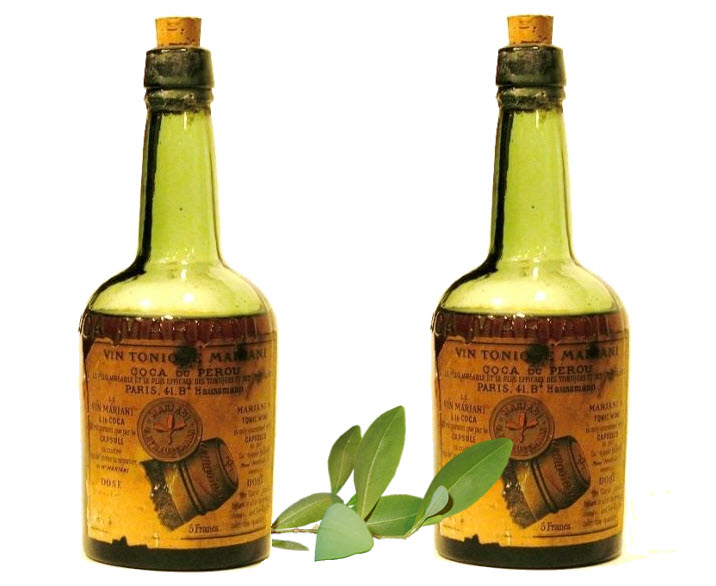 Yes, I would like a glass of the Red Bordeaux and Cocaine.

May I introduce you to the world’s first cocaine millionaire? Debuted in 1863, Vin Tonique Mariani à la Coca de Peroum, known simply as Vin Mariani, was unleashed unto the world. Invented by French chemist Angelo Mariani, the tonic was a simple concoction of red Bordeaux wine and ground up coca leaves. The wine sucked the narcotic substance from the coca leaves, producing approximately 6 mg of coca per ounce of wine.

Vin Mariani was marketed as a cure-all, promising to heal all of your ailments and give you a boost of energy to boot. Vin Mariani prescribed two to three glassfuls per day, with meals of course.  As the popularity of the potent medicinal wine grew, so did its imitators. Chief among them was Pemberton’s French Wine Coca, which is best known for being the precursor to Coca-Cola. 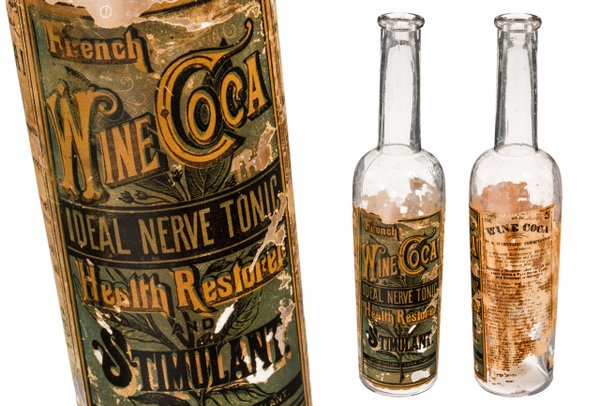 Like so many other successful patent medicine peddlers, Mariani turned to a creative marketing strategy to stay a step ahead of the competition.

Mariani crushed his competitors with celebrity-driven ad campaigns that captured the hearts and minds of the consumer. Mariani relied on doctors, actors, writers, and even religious leaders, to hock his funky sauce through newspaper and magazine ads. Queen Victoria and even Pope Leo XIII endorsed the wine, with the Pope awarding a Vatican Gold Medal to the Vin Mariani! 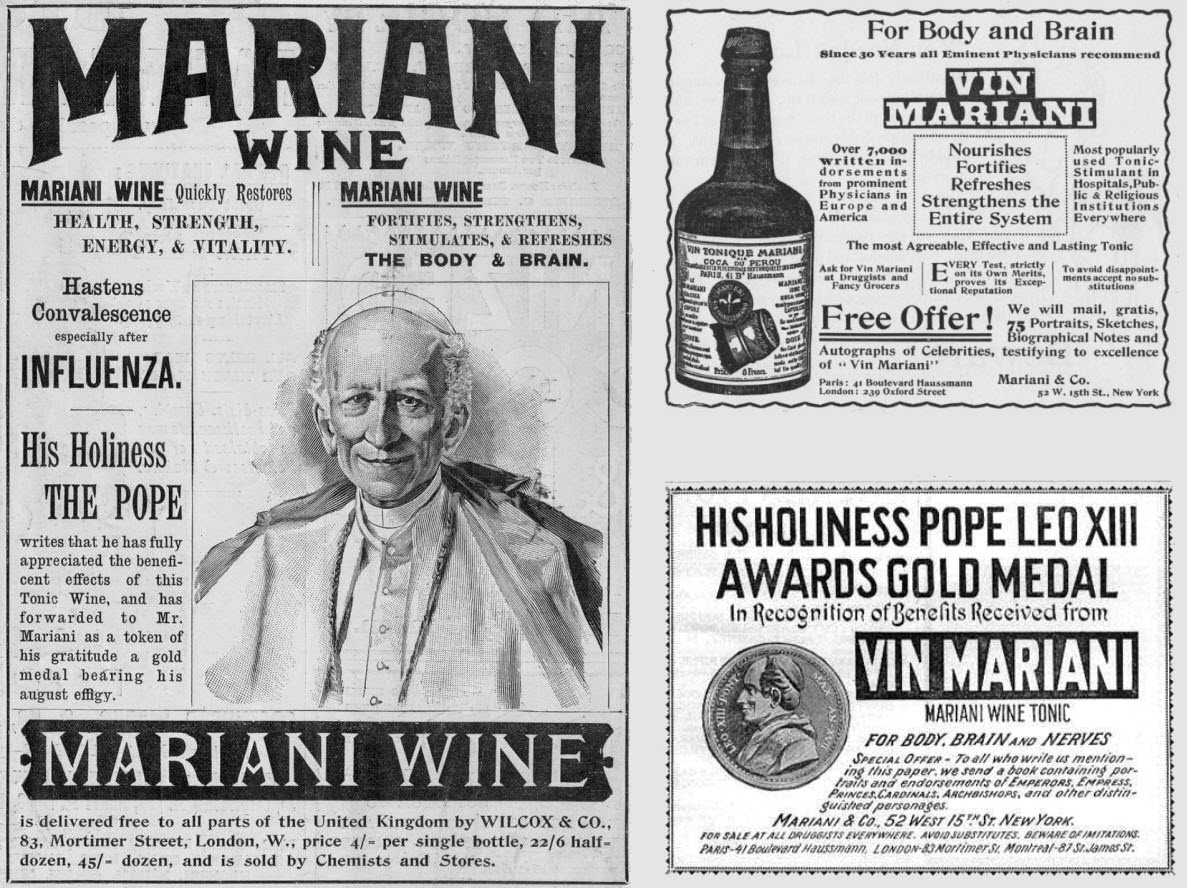 The Pure Food and Drug Act of 1906, medical journal publications, competition, the Harrison Narcotics Tax Act of 1914, and ultimately Mariani’s death in 1914 proved to be too much for Vin Mariani to continue its operations.

If you found these miracle elixirs interesting, here are few more that you might want to check out…

The Ancient and Peaceful History of the Swastika
Scroll to top